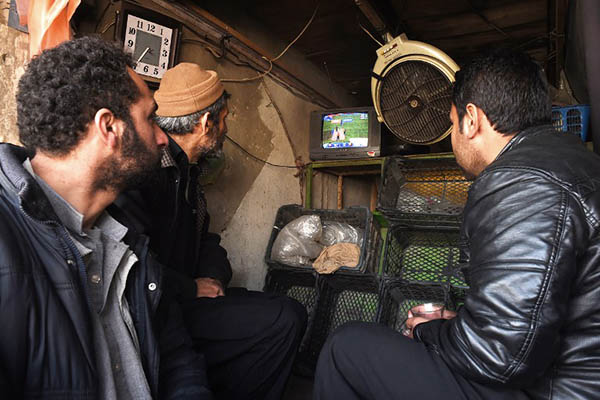 Afghan team was unable to recover from a loss of three for three in the opening three overs.

Afghanistan never recovered from a horror start as Bangladesh overpowered the World Cup newcomers by 105 runs at Canberra’s Manuka Oval on Wednesday.

The Afghans marked their World Cup debut by holding Bangladesh to 267 all out after losing the toss but crumbled to three for three in the opening three overs of their reply. Their chaotic start with the bat meant Afghanistan were never likely to repeat their win over Test nation Bangladesh at last year’s Asia Cup one-day tournament.

Bangladesh, cheered on by their passionate fans, must now beat at least one of the big four in Pool A—co-hosts Australia and New Zealand, Sri Lanka and England—and also win against Scotland to keep their quarter-final hopes alive.

The Tigers’ ball attack, spearheaded by skipper Mashrafe Mortaza (three for 20), proved too much for Afghanistan to handle, even on a placid batting pitch, and they were dismissed for 162 with more than seven overs left.

Javed Ahmadi was out for one on the last ball of the opening over after a leading edge to a short-pitched delivery from Mortaza saw him caught and bowled. Afsar Zazai followed next ball in the following over by Rubel Hossain, leg before for one, and Asghar Stanikzai made it three for three when he edged Mortaza to Mahmudullah, who held a juggled chance at first slip.

Nawroz Mangal and Samiullah Shenwari stabilized the innings with a 62-run stand before Nawroz was out for 27 slog-sweeping Mahmudullah to Rubel at deep square leg. Hossain injured his knee in making the tumbling catch but there was more damage to Afghanistan who slumped to 65 for four.

Shenwari was run out for 42 going for a second run by Shabbir Rahman’s throw from fine leg even though he dived to make his ground.

Najibullah Zadran went leg before wicket to Shakib for 17, skipper Mohammad Nabi spooned a catch to Soumya Sarkar off Mortaza for 44 and Mirwais Ashraf was taken by Mortaza at long-off from Shakib for 10 as the Afghan resistance succumbed.

Earlier, Bangladesh were indebted to man-of-the-match Mushfiqur Rahim, who top-scored with 71 off 56 balls, while star all-rounder Shakib Al Hasan chipped in with 63 off 51 balls. Mushfiqur and Shakib lived up to their reputation as Bangladesh’s best batsmen with a defiant century stand to kick along their team’s dawdling early scoring rate.

They raised the 100 partnership off 14.4 overs to thrill their excitable green and red-clad fans, who made for a lively atmosphere inside the ground.

Shakib slammed paceman Hamid Hassan for four and six and went for another big heave only to be bowled off an inside edge. The ICC’s top-rated all-rounder, Shakib put on 114 runs for the fifth wicket with Mushfiqur. It was the fourth 100 stand the pair had shared and they have now scored 1,725 runs together at 39.20.

However, wickets tumbled in the final overs with Hamid, Shapoor Zadran, Mirwais Ashraf and Aftab Alam all taking two apiece. Medium-pacer Mirwais claimed the honor of getting Afghanistan’s first wicket at the World Cup when he had Tamim Iqbal caught superbly by diving wicketkeeper Zazai.

Mirwais followed up by dismissing the other opener, Anamul Haque, lbw for 29 after a batsman’s review to leave Bangladesh 52 for two.

Bangladesh struggled to take control and were just 119 for four before Mushfiqur and Shakib revived their innings.