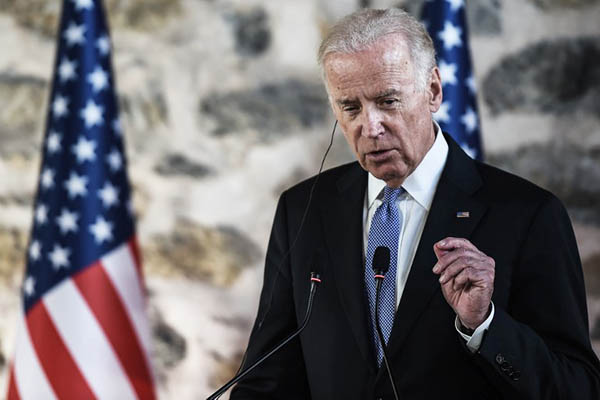 U.S. Vice President Joe Biden said Saturday the Kurdistan Workers Party (PKK) is a threat to Turkey like the Islamic State, condemning the Kurdish militants as “a terror group plain and simple.”

After talks with Turkish Prime Minister Ahmet Davutoglu in Istanbul, Biden also hailed Turkey for taking “very important steps” to counter I.S. jihadists and said progress in the fight would now speed up. I.S. “is not the only existential threat to the people of Turkey, the PKK is equally a threat and we are aware of that… it is a terror group plain and simple and what they continue to do is absolutely outrageous,” Biden said.

The PKK, listed as a terror group by Washington and the E.U., has killed dozens of members of the Turkish security forces in attacks since a truce collapsed in July. However, Turkey has repeatedly expressed concern that Washington was seeking to woo the PKK—as well as Kurdish militias inside Syria—as an ally on the fight against I.S. “We do agree with you that in terms of their actions Daesh, PKK and [Al Qaeda’s Syria affiliate] Al-Nusra… are simply terrorist groups,” said Biden.

He praised Turkey for taking “very important steps to improve the security of its border” from I.S. militants who until recently controlled much of the frontier region in Syria.

Biden said Turkey and the United States were coordinating ever more precisely on what is a “shared mission on the extermination of I.S.”

“We do believe our plans together have gotten more contoured and more coordinated,” he said. “We are increasingly making progress and that progress will be sped up as a result of our meeting today.”

The U.S. vice president said work was continuing on finding a political solution to Syria’s almost five year civil war, saying: “We are neither optimistic or pessimistic. We are determined.” He spoke of a “military solution” if a political outcome was not possible. But it was not clear if Biden was referring to ongoing U.S. air raids against I.S. targets inside Syria or possible different operation.

“We do know it would be better to reach a political solution,” he added. “But we are prepared if that is not possible to having a military solution to this operation and taking out Daesh,” he said.