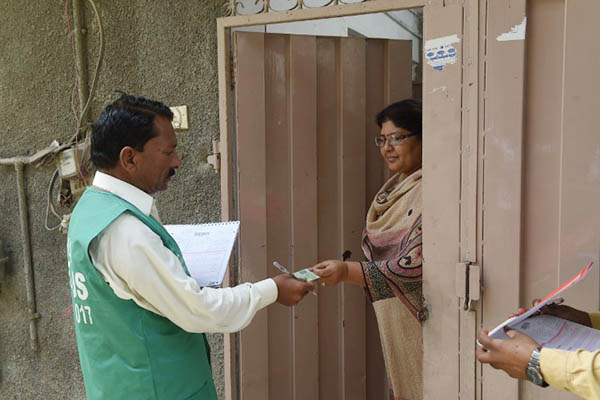 Less population growth, not more, should be the priority for politicians in Pakistan

Politicians in Pakistan are outraged by the early figures emerging from the country’s 6th population census, which occurred after a gap of nearly two decades.

According to the results, Pakistan has grown at a high rate of 2.4 percent per annum and currently has a population of around 208 million. Instead of being concerned about this population boom, opposition politicians are angry that their cities haven’t grown enough. They are challenging the numbers and are openly accusing the ruling PMLN government of having fudged the facts to gobble up a larger share of the annual budget. What has shocked them is the doubling of Punjab capital Lahore’s population, which is now approximately 3 million less than most populous city Karachi. If these same leaders don’t cool down, the next great protest movement in Pakistan could very well be for further increasing the country’s population.

Leading the charge of dissenting voices is MQM leader Dr. Farooq Sattar who thinks Karachi’s population should be 30 million instead of the 14.33 million shown by the census—up from 9.33 million in 1998. Before the census results were issued, most Pakistanis assumed that Karachi had a population of 20 million, a belief that went mostly unchallenged due to the Sindh capital’s congestion and failing infrastructure. For them, 14 million is simply unacceptable. Anywhere else in the world, this kind of decrease in population growth would be greeted with a sigh of relief, but Pakistan seems strangely stricken with birth-rate envy.

What galls the Sindh politicos, including the PPP, is Lahore’s growth from 5.143 million to 11.126 million, an addition of almost 6 million. Normally they should be happy that now Lahore would also see its infrastructure wilt under the weight of people, riven with crime and lawlessness like Karachi. The Census office has clarified that the figure only appears padded because Lahore includes its rural suburbs as part of the city. Resultantly, Lahore is now almost as crowded as Karachi but looks much better infrastructure-wise—even though some naysayers would prefer education and health facilities to roads and underpasses.

If you prefer fertility to well-being then know that, of the 10 most crowded cities, five are in Punjab, two in Sindh, and one each in Balochistan, Khyber-Pakhtunkhwa, and Islamabad Capital Territory. The growth graph shows that Punjab has actually lost out to other provinces in the total picture and may have to surrender some of its National Assembly as a consequence. But that doesn’t seem to register with the opposition now preparing to challenge the Census 2017 and ask that it be re-staged.