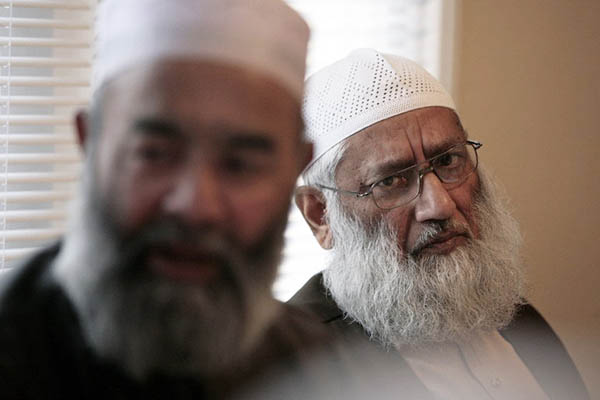 Councils whose rulings are not legally binding are under fire for allegedly discriminating against women.

For more than 30 years, sharia courts enforcing Islamic law have been operating quietly across Britain. But two official inquiries have put them in the spotlight amid accusations that they discriminate against women.

Very little is known about them, even their number, which one study by the University of Reading puts at 30, while the British think tank Civitas estimates there are 85.

Sharia courts or councils, as they prefer to be called, mainly pronounce on Islamic divorces, which today constitute 90 percent of the cases they handle. They range from groups of Muslim scholars attached to a mosque, to informal organizations or even a single imam.

But while they are aimed at helping resolve family and sometimes commercial conflicts within the Muslim community, some stand accused of undermining women’s rights. Campaigners cite instances where courts have refused to grant religious divorces to women who are victims of domestic abuse, and accuse them of legitimizing violence, including marital rape.

The government and M.P.s on parliament’s home affairs committee both opened inquiries this year into whether the councils are actually compatible with British law. They are looking into the function and possible discriminatory practices of the courts.

The first sharia court appeared in London in 1982 under the government of Margaret Thatcher, who rolled back state intervention in many areas, including mediation in family conflicts, which was delegated to faith groups. But religious courts have existed for hundreds of years in Britain, whether in the Catholic Church or in the Jewish community—the Beth Din—notes Amin Al-Astewani, lecturer in law at Lancaster University.

As with sharia councils, the decisions of those bodies are not legally binding, but they represent a strong moral and social constraint for those who use them, he wrote in a submission to the parliamentary inquiry.

For Shaista Gohir, the chairwoman of Muslim Women’s Network U.K. who gave evidence to the parliamentary inquiry, sharia councils are useful for Muslims but should be framed by a “strong code of conduct.” She also urged the government to make civil marriage obligatory for couples marrying under Islamic law, to ensure women are legally protected, saying that 40 percent of women who contact her organization only had religious marriages.

But for other Muslim feminists, the courts constitute a “parallel legal system” and should be banned altogether.

An open letter to this effect was signed by more than 200 national and international women’s organizations, while legislation that would limit the scope of sharia councils has been put forward by a member of the House of Lords. “They are discriminatory, they are abusive, they endorse and legitimize violence,” in particular marital rape, Maryam Namazie, spokeswoman for the One Law for All campaign, told AFP. She added: “These courts are linked to the rise of the Islamist movement. They are now saying that to be a good Muslim you have to go to these courts to get a divorce. It’s not the case.”

Swiss political commentator Elham Manea, the author of Women and Sharia Law who has studied the phenomenon for four years, said the first councils were set up by Islamist groups. “They have been working with a kind of a tacit approval of British establishment,” she told AFP. “There is a certain kind of hesitancy from British institutions to interfere in what they consider is internal affair to the Muslim community.”

It remains to be seen whether the inquiries will change that situation, but they are already having some effect. The London Central Mosque is attempting to organize the tribunals by bringing them under an umbrella group, the U.K. Board of Sharia Councils, which currently has 15 members.