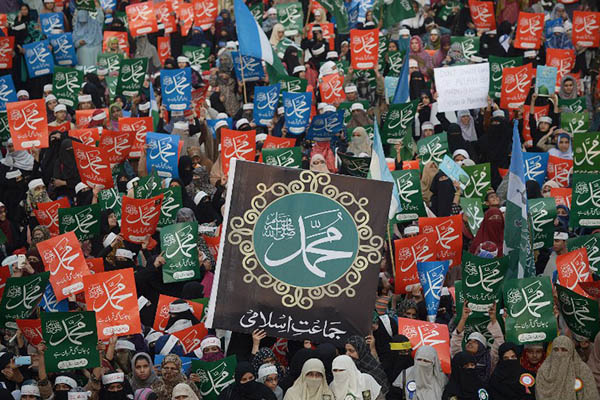 Authorities on Monday called on broadcasters to refrain from covering dozens of banned insurgent groups, including an organization allegedly tied to the 2008 Mumbai attacks, as officials widen their crackdown against militants inside Pakistan.

The order follows the introduction earlier this year of the National Action Plan, aimed at reining in militancy inside the country after Taliban gunmen massacred more than 150 people at a school in Peshawar in late 2014.

The directive issued by the Pakistan Media Regulatory Authority (PEMRA) prohibits broadcasters from covering the activities of 72 different outlawed groups, including Jamaat-ud-Dawah (JuD), the charitable wing of the Pakistani militant group Lashkar-e-Taiba (LeT).

The LeT has been blamed for carrying out the attacks in the Indian financial capital in 2008 that killed 166 people.

“All satellite TV channels/FM radio licenses are therefore strictly directed not to give any kind of coverage to any proscribed organization including Jamaat-ud-Dawah, Falah-i-Insaniat Foundation, Lashkar-e-Taiba,” PEMRA said.

The Falah-i-Insaniat Foundation is tied to the JuD and has participated in flood and earthquake relief in recent years, including operations following last week’s 7.5 magnitude quake that killed 272 people in Pakistan.

PEMRA added that non-compliance would invoke legal action that could result in fines or the potential termination of a broadcaster’s license.

The order was issued following the review of the 20-point National Action Plan.