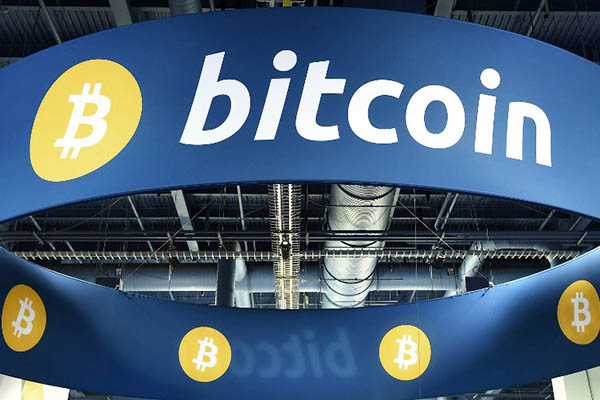 Bitcoin broke through the $10,000 barrier for the first time on Wednesday as it continues a stratospheric rise that has delighted investors but sparked fears of a bubble.

The virtual currency hit a high of $10,379 in Asia, according to Bloomberg News, more than 10 times higher than its value at the start of the year. The breakthrough is the latest in a spectacular run for the online money dubbed “digital gold” by its advocates, which began life in 2009 as a bit of encrypted software supposedly written by an unknown coder with a Japanese-sounding name.

Bitcoin, which was valued at just a few U.S. cents when it was launched, has no legal exchange rate, no central bank backing it and is traded on specialist platforms. But it quickly gained popularity as an alternative to traditional investments, while it has been used to pay for items from a pint in a London pub to a manicure.

The virtual currency has attracted as much anger as praise, however, with the boss of JP Morgan Chase labeling it a fraud and governments, while China and South Korea have expressed concerns. It got a major boost last month when exchange giant CME Group announced it would launch a futures marketplace for Bitcoin, which has not been listed on a major bourse before.

The announcement sparked a surge in its value—it has risen 45 percent in the past two weeks alone. But the spectacular rate of growth, which has seen it increase in value from a 2017 low of $752 in mid-January, has also triggered concerns, and critics note the currency has suffered wild swings in the past.

“This is a bubble and there is a lot of froth. This is going to be the biggest bubble of our lifetimes,” warned hedge fund manager Mike Novogratz at a crypto-currency conference on Tuesday in New York, according to Bloomberg News.

Other commentators were more positive about Bitcoin, saying its surging popularity will attract cash from traditional investors, such as hedge funds and asset managers. “I think the momentum is still very much to the upside,” said Kay Van-Petersen, macro and crypto strategist with Saxo Bank in Singapore. He said it could still suffer pullbacks, but predicted it would be worth $50,000 to $100,000 in the next six to 18 months.

Transactions happen when heavily encrypted codes are passed across a computer network. Bitcoin and other virtual currencies use blockchain, which records transactions that are updated in real time on an online ledger and which are maintained by a network of computers.

Hundreds of other digital currencies have been created since its launch, but Bitcoin remains by far the most popular. It has, however, suffered controversies.

In one of the most high-profile, major Tokyo-based Bitcoin exchange MtGox collapsed in 2014 after admitting that 850,000 coins—worth around $480 million at the time—had disappeared from its vaults.

Bitcoin’s use on the underground Silk Road website, where users could use it to buy drugs and guns, was also presented as proof it was a bad thing.

While analysts expect the currency to suffer falls, they expect it will prosper in the long term and see the CME launch as the next big test. “If it survives the CME, there is no reason why it won’t continue to rise higher,”said Greg McKenna, from Australia-based AxiTrader.