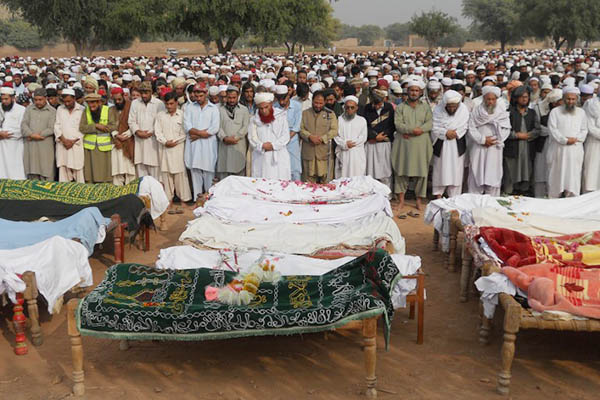 At least 26 people were killed and 46 others injured when a passenger bus plunged into a ravine in northern Pakistan, police said on Thursday.

The crash took place near Dhok Pathan village late on Wednesday. “At least 26 people have died and 46 others were injured when a passenger bus lost control at a slope and veered off into a deep ravine,” said local police official Fazal Abbas.

The bus was carrying members of the Tableeghi Jamaat—a Sunni evangelical group—from Kohat to Raiwind, near Lahore where their annual gathering was taking place, he added.

Abbas said that most of the injured were discharged from hospital after receiving medical treatment, but at least 10 seriously wounded passengers were sent to Rawalpindi.

Officials added that the bus was not driving on its usual route when it crashed and was plying hilly roads after another motorway had been closed due to dense fog and traffic. A local government official confirmed the accident and toll.

Pakistan has one of the world’s worst records for fatal traffic accidents, many of them blamed on poor roads, badly maintained vehicles and reckless driving.