Home Scope By the Skin of Our Teeth

By the Skin of Our Teeth 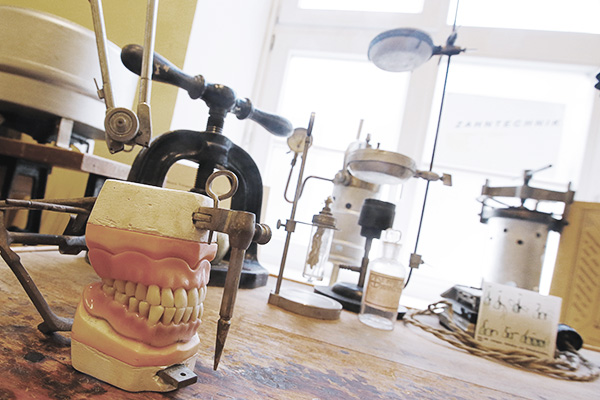 Please do floss. Teeth, it turns out, are useful for something other than chewing food and keeping dentists in business. In fact, our teeth leave behind a durable record, a way of understanding just what was for dinner thousands and even millions of years ago.

As reported in a recent article in the scientific journal PLoS One, a scientist interested in our dental evolution—yes, our teeth have evolved—analyzed a newly assembled treasure trove of 15 ancient teeth collected from an area in what is now Indonesia. The teeth are all that remain of various human forebears and date from the mid-Pleistocene period, meaning that they range in age from half a million to more than a million years old.

Certain teeth are meant for certain tasks: flat molars are for grinding plants, and sharp incisors for tearing flesh. By studying the physical characteristics of each tooth—the grooves and cusps, as well as the patterns of wear and tear—the author of the study was able to infer a great deal about what Homo erectus, one of our ancestors, was munching on. The profound environmental fluctuations of the Pleistocene, such as the turbulent daily weather and the movement of the glaciers and tectonic plates, fundamentally affected what food was available. To adapt to the changing prehistoric menu choices, incisors and molars changed shape too.

Comparing these 15 teeth with the dental structures found in other human precursors provides fresh insight into our ever-shifting understanding of how the early hominids evolved to become the Homo sapiens of today. For example, the author speculates that an unusual molar cusp in one of the 15 Homo erectus teeth was previously seen in Homo heidelbergensis, suggesting that the two hominids were perhaps more closely related than once theorized. But besides the additional clues the teeth provide about our complex evolutionary path, the study is also a sobering reminder of what remains after we’re gone: a pile of bones and some well-groomed teeth. And the latter, it turns out, reveal much more about us than our pearly white smile ever did.