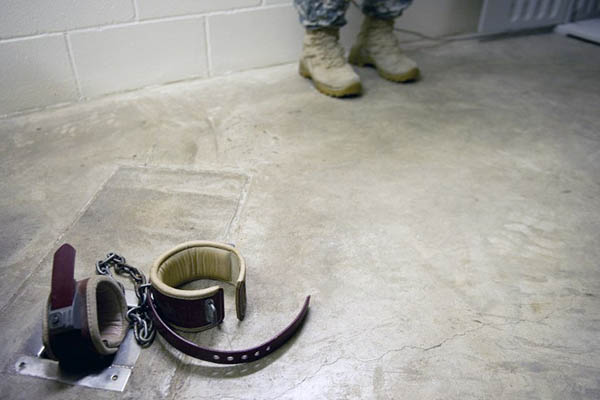 The Canadian government on Friday issued an official apology and agreed to pay damages to a former Guantanamo detainee who was captured in Afghanistan at the age of 15 and had pleaded guilty to killing a U.S. soldier.

Public Safety Minister Ralph Goodale refused to disclose the amount to be paid to Omar Khadr, a Canadian citizen who was imprisoned for 13 years at the U.S. military prison in Cuba. Canadian media said it was Can$10.5 million.

Khadr became the youngest prisoner at Guantanamo following his capture in Afghanistan in 2002 and his legal team was pursuing a Can$20 million civil case against the Canadian government. Canada’s Supreme Court in 2010 ruled that his rights as a prisoner had been violated by Ottawa, which shared statements he made to Canadian officials with the United States.

While at Guantanamo, Khadr was sentenced in 2010 to eight years plus time already served for murdering a U.S. soldier with a grenade, attempted murder, conspiracy, providing material support for terrorism and spying. He won the right to be extradited and was sent home to Canada in 2012 to serve the remainder of his sentence.

His lawyers fought for several years to have his status as a minor at the time of the attack recognized. Canada’s Supreme Court finally agreed one week before his conditional release in 2015. “On behalf of the Government of Canada, we wish to apologize to Mr. Khadr for any role Canadian officials may have played in relation to his ordeal abroad and any resulting harm,” Goodale and Foreign Affairs Minister Chrystia Freeland said in a statement. “We hope that this expression, and the negotiated settlement reached with the government, will assist him in his efforts to begin a new and hopeful chapter in his life with his fellow Canadians.”

Goodale acknowledged the country has “deeply divided” views on how a 15-year-old Canadian ended up on a battlefield in Afghanistan, and what exactly happened there. “From all perspectives, those events of 15 years ago can only be described as painfully tragic, including for U.S. armed forces personnel and their families,” he said. “The debate will no doubt continue. Passionately. On all sides. It is a complex saga.”

For his part, Khadr, now 30, said in an interview with CBC public television that he hoped the decision would help repair his reputation, saying he has changed over the years. He said he understood why some Canadians think of him as a terrorist. “You know, we live in Canada. It is a free country. People are entitled to make their own opinions, to voice their own opinions.”

Khadr’s father, a financier for Al Qaeda who was killed in a clash with Pakistani troops in 2003, had taken his son to Afghanistan as a child.