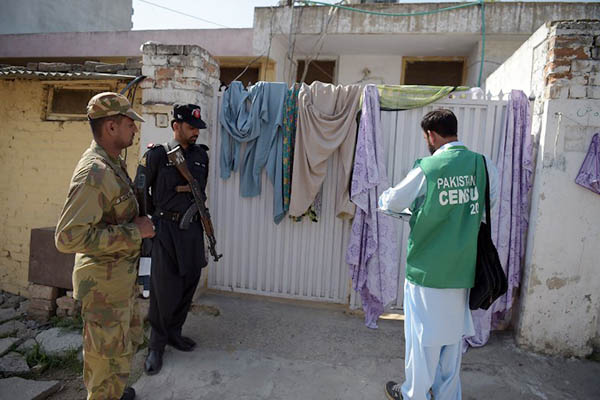 Early results for Pakistan’s long-awaited census show explosive growth in its major cities, though the data sparked a political row on Tuesday, as it appeared to show the population of Lahore had more than doubled.

Pakistan had not held a census for nearly two decades due to years of bickering by politicians concerned it could redraw the political map and potentially weaken their power base and access to federal funding. The previous census in 1998 put the population of Lahore at roughly 5.1 million people. Preliminary results of the 2017 census released by the Pakistan Bureau of Statistics (PBS) late Monday showed it had surged by a whopping 116 percent to 11,126,285 people, making it larger than Portugal, according to figures provided by the CIA World Factbook.

The results, which officials said could have a margin of error of up to two percent, mark a remarkable shift for Lahore, capital of Punjab province, the wealthiest in the country and a power base for the ruling Pakistan Muslim League (Nawaz) party. But they were quickly called into question by the opposition, particularly in Sindh province, where the early results also showed surprisingly slow growth for the port megacity of Karachi.

The country’s commercial and industrial hub had a population of 9.3 million people in 1998, and in recent years has been estimated to be home to some 20 million or more. However the early census figures showed it had increased by 59 percent since 1998 to a population numbering 14,910,352, roughly equivalent to the number of people living in Senegal but still significantly lower than expected.

Pakistan Bureau of Statistics spokesman Habubullah Khattak told AFP there was no discrepancy in the statistics, suggesting the difference may be down to different regulations for urban and rural zoning in the two cities. But opposition parties complained the count had been “rigged” to preserve the PMLN power base ahead of general elections to be held by the end of next year.

Farooq Sattar, chief of Muttahida Qaumi Movement, which has ruled Karachi and urban Sindh for decades, termed the early results “a great injustice.”

“The census has been rigged … If we are counted less, then our seats in Parliament will remain the same,” he told reporters in Karachi.

Last week the PBS released a first batch of provisional census results showing Pakistan’s population has surged by more than half to 207 million. Once confirmed in the final report, Pakistan could be set to overtake Brazil as the world’s fifth most populous country, according to statistics published on the U.S. Census Bureau website.

The results will be the basis for revising political boundaries, allocations of parliamentary seats and finances ahead of national elections. Punjab province, for example, could see its political grip weaken as a result of its population not rising at a similar rate to other provinces, despite the growth recorded in Lahore.