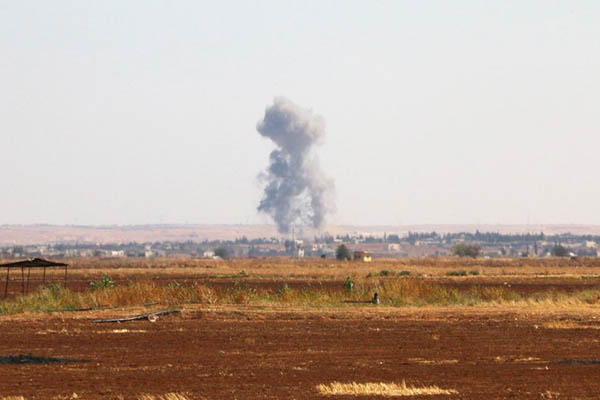 Red Cross statement does not clarify who was responsible for the attack.

Seven people, among them five children, have been hospitalized over the past two days near Iraq’s Mosul with injuries from chemical weapons, the Red Cross said on Friday.

The Islamic State jihadist group, which holds the majority of west Mosul, has periodically used rudimentary chemical weapons in the course of its more than two-year war with Iraqi forces. “During the past two days, the hospital has admitted five children and two women showing clinical symptoms consistent with an exposure to a blistering chemical agent,” Robert Mardini, the Red Cross Middle East director, said in a statement, referring to a facility near Mosul. “The use of chemical weapons is absolutely prohibited under international humanitarian law. We are deeply alarmed by what our colleagues have seen, and we strongly condemn any use of chemical weapons, by any party, anywhere,” Mardini said.

The statement did not specify whether the seven were injured in one or more attacks, how the chemical weapons were delivered, or who was responsible.

Several Iraqi military officers said they did not have information about recent chemical weapons attacks in the Mosul area.

I.S. overran large areas north and west of Baghdad in 2014, but Iraqi forces backed by U.S.-led airstrikes and other support have since regained much of the ground they lost to the jihadists.

I.S. has periodically used chemical weapons in the course of the conflict, but while this has garnered widespread attention, the jihadists’ bullets and bombs are far deadlier weapons. Iraqi forces launched an operation to retake west Mosul, the largest population center still held by the jihadists, on Feb. 19.