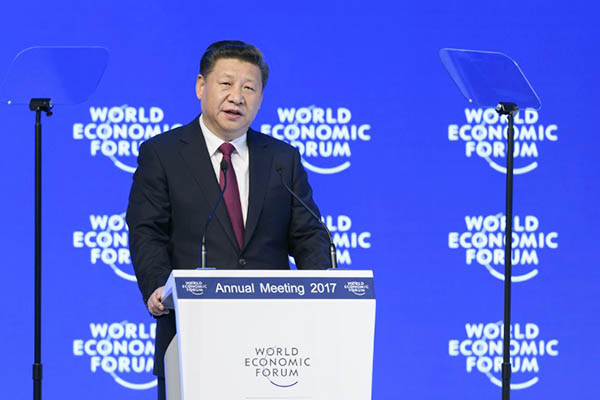 Regional experts say Asia must prepare for a world in which China will take lead in global trade.

Asia will push ahead with a Chinese-supported free trade agreement if Donald Trump follows through on pledges to ditch the Trans-Pacific Partnership (TPP), global leaders in Davos were told Thursday.

Speaking at the World Economic Forum, a panel of regional experts said Asia must be prepared for a world in which the United States will take a back seat in global trade while China assumes a bigger leadership role. Trump, who takes office on Friday, has promised to tear up existing free-trade deals and withdraw from the TPP negotiated by his predecessor Barack Obama.

Trump has also said he will focus on creating employment at home and threatened to impose punitive measures on companies that move business overseas at the expense of local jobs. “We really have to prepare ourselves for a very different world where America—instead of becoming the cheerleader for trade—becomes in some ways the biggest obstacle to trade,” said Kishore Mahbubani, dean of the Lee Kuan Yew School of Public Policy in Singapore.

Mahbubani praised Chinese President Xi Jinping’s speech at Davos on Tuesday in which he warned against blaming globalization for the world’s ills or retreating behind protectionist walls. “It’s amazing. In the past, American presidents usually gave those kinds of speeches. Now it’s the president of China who does it,” he said.

Malaysian Trade Minister Mustapa Mohamed said that with TPP “dead,” countries are pushing for an alternative free trade deal in the form of the Regional Comprehensive Economic Partnership (RCEP). “Because the TPP is dead, therefore all of us are committed to ensure that RCEP becomes successful,” he said. “It’s a win-win, the concept is a balanced outcome, there’s something for everyone.”

The U.S.-led TPP is an agreement between 12 countries that does not include China and has more stringent requirements for membership. “Without TPP, China naturally becomes a leader trying to provide forces of economic integration in this region,” David Li, economics professor at China’s Tsinghua Universty, said at the Davos forum. He said China’s approach to the RCEP was like riding a bicycle, taking on riders one at a time even though at a slow pace, unlike the TPP. “Once everyone has joined the bicycle, let’s try to pedal harder, let’s try to improve,” he said. “In TPP, you have to up your speed or fly. Otherwise you don’t join. So I think RCEP will have a better future than TPP.”

Mahbubani said China’s leadership was crucial for RCEP to succeed. “No trade agreement moves unless it has a champion. It was Obama championing TPP. Now in the case of RCEP, I think there is a tremendous opportunity for China to provide that kind of leadership,” he said.