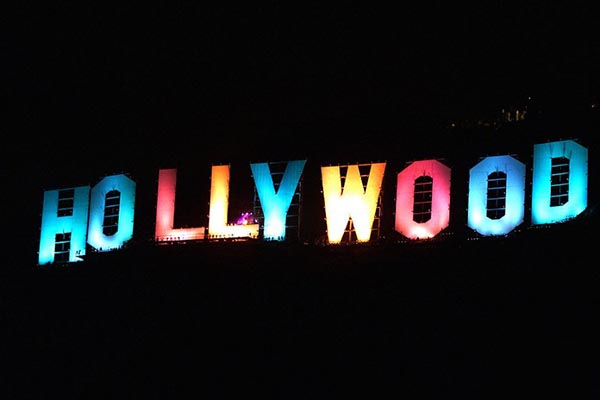 Beijing is emerging as major player in U.S. industry by investing in the expertise of American filmmakers.

With cash flowing faster than the Yangtze River, Hollywood is awash with ever-expanding volumes of Chinese funding, but analysts are warning the film industry there’s no such thing as a free lunch.

The Beijing-based Wanda Group’s record-breaking deal in January to buy U.S. film studio Legendary Pictures finally confirmed the long-heralded emergence of the world’s second biggest box office as a major player in Tinseltown. The $3.5 billion agreement is the largest-ever cultural takeover by China, with U.S. studios keen to capitalize on its burgeoning cinema market at a time when Beijing is pushing entertainment as a source of “soft power.”

Legendary, the maker of Jurassic World, Godzilla and the latest Batman trilogy, has grossed more than $11 billion worldwide since it was founded in 2005, mostly with the kind of big-budget blockbusters popular with Chinese audiences.

“It’s a win-win situation… because the China market is really incredibly taking off and Hollywood has a real interest in that,” said Stanley Rosen, a political science professor at the University of Southern California. It is an arrangement that benefits both sides financially, with movies becoming increasingly expensive to produce but the Chinese hungry for Western-made films.

But China, which has yet to make a global hit, is also buying expertise. “Hollywood has what China lacks, which is storytelling ability, marketing, distribution,” Rosen told AFP.

PricewaterhouseCoopers has projected China’s box office to rise from $4.3 billion in 2014 to $8.9 billion in 2019, meaning it would outstrip the U.S. within two years.

The main driver of Chinese cinema’s phenomenal growth is a steady emergence of a modern consumerist lifestyle among China’s burgeoning middle class, expected to account for 75 percent of households within a decade. Cumulative Chinese investment in the U.S. since 2000 reached $63 billion in 2015, with $4 billion going to the entertainment industry, according to research firm Rhodium Group.

Both Wanda and tech firm Alibaba have been touted as possible minority investors in Paramount, while Hunan TV has signed a $1.5 billion deal to fund Lionsgate movies and Perfect World Pictures is investing $250 million in Universal’s slate over five years.

Beijing has pushed back against an invasion of “foreign culture,” however, issuing an edict in 2011 discouraging movies featuring “fantasy” and “time travel” among other “bizarre plots.”

President Xi Jinping has instructed artists to abandon “naive sensual amusement” and instead promote “true-to-life images to tell people what they should affirm and praise.”

Only 34 foreign films are given cinema releases in China each year under a quota set by Beijing, and all are subject to official censorship over content deemed politically sensitive or obscene.

Co-produced movies can bypass the quota as long as they contain significant Chinese elements, such as characters, plot devices or locations. But the strategy has backfired at times, most notably with Transformers: Age of Extinction, which was derided for depicting characters drinking the Chinese version of Red Bull in Texas.

Jonathan Landreth, managing editor of the New York-based online magazine China File, warned in a recent article that Wanda and Legendary were operating under Jinping’s “looming encouragement” and said the deal could not have gone ahead without the approval of China’s Communist Party. “While Wanda invests in Hollywood to make money, the deal sees Legendary unwittingly becoming one of the most powerful channels for Beijing’s worldview, a worldview that bars open discussion of the jailing of dissidents and the disappearing of booksellers,” he wrote.

The first co-production from the Wanda-owned Legendary will be the $150 million sci-fi action movie The Great Wall, starring Matt Damon, Willem Dafoe and Hong Kong Cantopop singer and actor Andy Lau. Directed by Chinese filmmaker Zhang Yimou and due for its China release in December, two months ahead of the U.S. opening, the film will be entirely English-language.

Christopher Spicer, a film financing expert and partner at international law firm Akin Gump, said the film, the most expensive ever shot in China, could serve as a litmus test of public appetite for Chinese-American joint projects. “I’ve been doing film and television for eight or nine years and at different times in history primary funding sources of film and, to a lesser extent, television have come from different countries all over the world,” he told AFP. “But certainly for the time being I would expect the trend of Chinese financing to continue.”