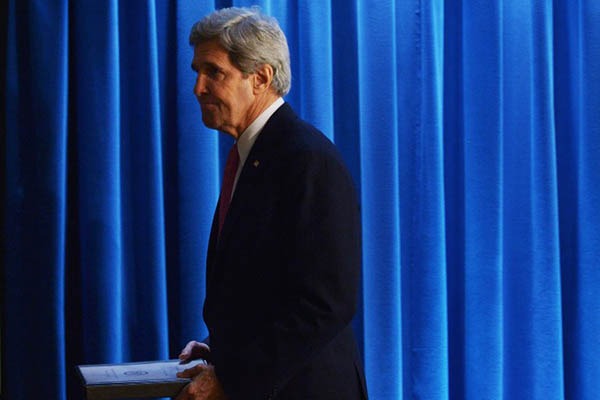 Beijing retaliates to Washington’s annual global human rights report by singling out civilian casualties of drone program in countries such as Pakistan.

China on Friday issued a report on human rights in the U.S., denouncing it for foreign drone strikes, state-sponsored spying and “rampant” gun crime after Washington criticized its rights record.

Beijing said the U.S. “concealed and avoided mentioning its own human rights problems,” such as a government-run intelligence program known as PRISM, which it said “seriously infringes on human rights.”

The document came after the State Department issued its annual global human rights report on Thursday. China regularly produces a statement on the U.S. in response. It does not release rights reports aimed at other countries.

The report, released by China’s State Council, or cabinet, singled out the U.S. for criticism over drone strikes in countries such as Pakistan, which it said have caused “heavy civilian casualties.” It also said the U.S. suffers from “rampant gun violence,” while its agricultural sector employs a “large amount of child laborers.”

Washington’s report released on Thursday praised China for some successes in human rights, such as the abolition of some labor camps and a change to the one-child policy. But it added: “Repression and coercion, particularly against organizations and individuals involved in civil and political rights advocacy … were routine.” It also noted Beijing’s continued repression of ethnic Uighurs and Tibetans.

Foreign ministry spokesman Qin Gang accused the U.S. of hypocrisy. “The U.S. is always making irresponsible remarks on the affairs of other countries but keeps silent on its own affairs,” he told reporters at a regular briefing. “This is a typical double standard.”

Human rights are a longstanding source of tension between China and the U.S., which imposed sanctions on Beijing after the 1989 Tiananmen Square crackdown on pro-democracy protesters, which left hundreds or thousands dead.

References in the Chinese document showed that much of it was sourced from U.S. media reports. China’s ruling Communist Party tightly controls its own domestic media and has repeatedly imprisoned those who openly challenge its right to rule. China often says that its rapid economic development in recent decades has led to a greater respect for human rights, and that other countries are not entitled to criticize its record.