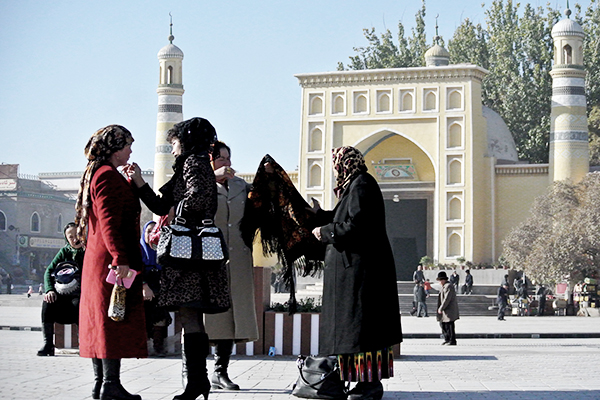 China said on Thursday it had invited European diplomats to visit the restive northwest region of Xinjiang, where Beijing is accused of rights abuses against the ethnic Uighur Muslims.

“In order to enhance the understanding of the achievements of Xinjiang’s economic and social development in Europe… the Chinese side invited the diplomatic envoys of European countries to visit Xinjiang,” foreign ministry spokesman Geng Shuang told reporters.

The dates of the visit and other arrangements were under discussion, he said, hoping the trip would allow the diplomats to “experience the stability and harmony of Xinjiang, and the real situation of people of all nationalities living and working in peace and contentment.”

As many as one million Uighurs and other mostly Muslim minorities are being held in internment camps in Xinjiang, according to a group of experts cited last year by the United Nations. Beijing claims the camps are “vocational training centers” that help steer people who may be drawn to extremism away from terrorism and reintegrate them into society in a region plagued by violence blamed on Uighur separatists or Islamists.

Questioned during a press briefing, French ambassador Jean-Maurice Ripert said that as far as he knew, no ambassador from an E.U. country had yet received an invitation. “We were told that we would be invited to Xinjiang,” he said, adding they had indicated they would be happy to go.

After months denying the existence of the internment camps, Beijing last year launched a campaign to defend its “training centers,” organizing visits starting with diplomats or media from friendly countries.

However, a delegation of three E.U. officials who visited Xinjiang in January as part of a carefully organized visit said they had the impression that the people they had spoken to in a “training center” were reciting a dictated speech.

Former detainees say they were interned for simply following Islamic traditions, such as having a long beard or wearing a veil.