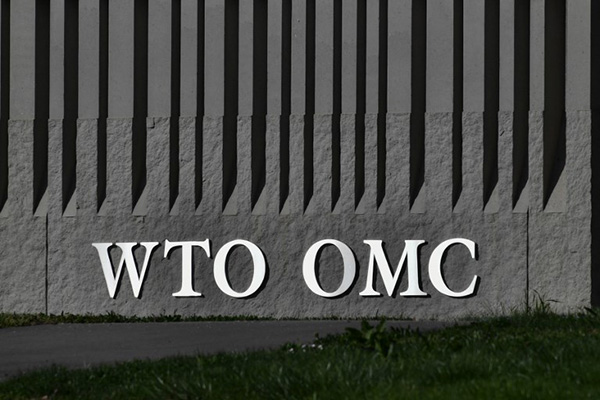 China and the United States swapped accusations in an “extraordinary” exchange at the World Trade Organization on Tuesday ahead of fresh talks between the top two economies on averting a trade war.

“What I would say about this meeting today is that it was extraordinary in its intensity,” WTO spokesman Keith Rockwell told reporters after a meeting of the body’s General Council. “We had perhaps the two most powerful members of the WTO weighing in with their views on each others policies in a way that I have not seen… in my many years of working here,” he said.

The 164-member WTO, which China joined in 2001, is one of several fora where Beijing and Washington have traded barbs over fair play in the global economy.

President Donald Trump and his Chinese counterpart Xi Jinping also reportedly spoke by phone on Tuesday, with Xi calling for a solution to their trade spat.

The U.S. has threatened tariffs targeting $150 billion in imports, while China has warned $50 billion in goods are in the firing line.

Vice Premier Liu He—considered Xi’s right-hand man on economic issues—is due in Washington next week after he led talks in Beijing last week with a high-level U.S. delegation that made little headway in resolving the standoff.

At the WTO, China took the floor to again condemn the U.S. over its efforts to cripple the appellate division of the Dispute Settlement Body (DSB).

The U.S. has blocked the appointment of any new judges to the WTO’s internal court. Without a solution to the impasse, the DSB may be unable to function by the end of next year.

Beijing also reiterated its opposition to the proposed US tariffs on steel and aluminum as well as sanctions planned in response to what Washington calls China’s intellectual property theft.

The U.S. ambassador to the WTO, Dennis Shea, argued that the DSB needed sweeping reform as it was exceeding its mandate, trying to establish new trading rules by degree even though they have not been agreed by members, a trade official familiar with the exchange said.

Shea broadly defended U.S. actions as a justified response to Chinese trade policy. He said Washington was ready to work with any WTO members interested in comprehensive reform.

“It was tense,” Rockwell said of the General Council meeting, adding that “despite the intensity of the discussion, I think this was a discussion that we had to have.”