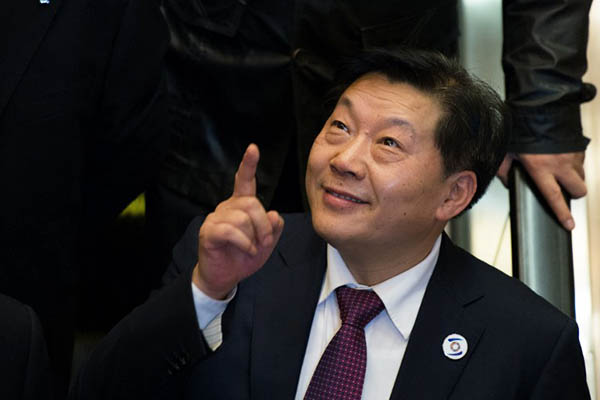 A top Chinese official on Wednesday called for protecting Internet “security” at a government-organized conference condemned by a human rights group as an attempt by Beijing to promote its online controls globally.

China, which censors online content it deems to be politically sensitive, opened the World Internet Conference in Wuzhen with the country’s biggest Internet companies in attendance alongside a sprinkling of foreign executives and officials. Participants at the three-day conference in the tiny eastern Chinese town have unfettered Internet access to sites denied to the rest of the country such as Facebook and Twitter, attendees said.

As well as the social media giants, Beijing blocks some Western media websites including the New York Times, and search engine Google among others.

Vice Premier Ma Kai, the highest-ranking Chinese official attending, said a well-regulated Internet had a bearing on a country’s sovereign rights and social stability. China imposes strict limits on freedom of expression, and rights groups say it uses state security as pretense to crack down on political dissent.

Ahead of the conference, rights group Amnesty International described the gathering as a chilling attempt by Beijing to promote its own domestic Internet rules as a model for global regulation.

“Internet security is the common challenge faced by human society and effectively responding is the common responsibility of all governments,” Ma said. “All countries should strengthen cooperation and fully respect the different concerns that each nation has towards Internet security, crack down on Internet crimes according to the law, severely strike at Internet terrorism activities, work together against cyber-attacks,” he said.

China and the United States have traded accusations of state-sponsored cyber-spying, with Washington in May charging five Chinese military officers for breaking into U.S. computers for industrial espionage purposes. The head of China’s powerful State Internet Information Office, Lu Wei, dangled the promise of the world’s largest Internet market before the companies attending.

Jack Ma, founder of e-commerce giant Alibaba which recently listed on the New York Stock Exchange, told the conference: “The Chinese Internet has influenced and changed Chinese society and the Chinese economy.”