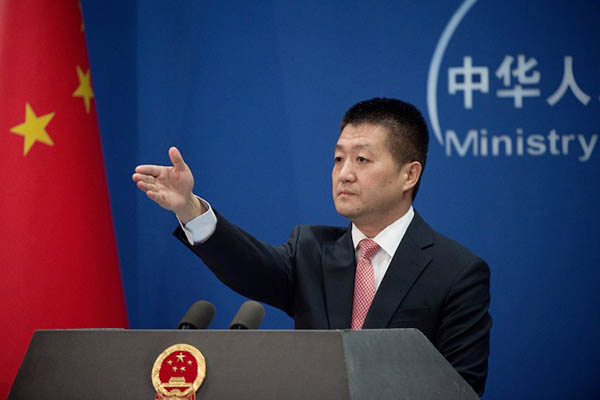 China has called on the United States to “correct its mistake” after President Donald Trump approved new rules allowing top-level U.S. officials to travel to Taiwan to meet with their Taipei counterparts.

The “Taiwan Travel Act,” which Trump signed on Friday following its passage in the U.S. Congress, encourages visits between U.S. and Taiwanese officials “at all levels.”

Washington cut formal diplomatic ties with Taiwan in 1979 in favor of Beijing under the “one China” policy. But it maintains trade relations with the island and sells it weapons, angering China. China sees Taiwan as a renegade province and has long stated its desire for reunification.

“China is strongly opposed to that,” Lu said in a statement issued on Saturday. “We urge the U.S. side to correct its mistake, stop pursuing any official ties with Taiwan or improving its current relations with Taiwan in any substantive way,” he said.

China urges the U.S. to “stop pursuing any U.S.-Taiwan military ties and stop arms sales to Taiwan, so as to avoid causing serious damage to the bilateral and military relations between China and the U.S., and to the peace and stability in the Taiwan strait,” the statement said.

The new U.S. law describes Taiwan as “a beacon of democracy” in Asia, and states that “Taiwan’s democratic achievements inspire many countries and people in the region.”

Trump’s signature, announced late on Friday—when the White House usually tries to bury news—comes amid increasing tensions between the mainland and the self-ruled island.

Beijing has cut off official communications with Taipei because President Tsai Ing-wen refuses to acknowledge the democratic island as part of “one China.” The travel act also comes amid trade tensions between the United States and China as Trump mulls fresh measures that have raised fears of a tit-for-tat trade war.