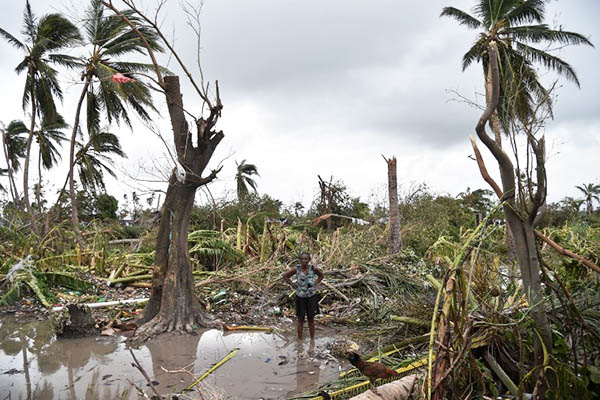 World Meteorological Organization finds over half of all major extreme weather events from 2011-2015 linked to global warming.

Climate change has made deadly heatwaves and hurricanes, along with droughts and flooding, both more frequent and more intense in recent years, according to a U.N. report released on Tuesday.

More than 50 percent of major extreme weather events from 2011 to 2015 showed the telltale fingerprint of human-induced global warming, the World Meteorological Organization (WMO) reported on the sidelines of United Nations climate talks in Marrakesh. The last half-decade was the warmest five-year stretch on record, with 2014 and 2015 the hottest of all.

These unprecedented temperatures were coupled with rising seas, adding to the destructive power of storms already amped up by warmer, moister air, the report said.

Climate change “has increased the risks of extreme events such as heatwaves, drought, record rainfall and damaging floods,” WMO Secretary-General Petteri Taalas said in a statement.

Some 300,000 people perished in climate-boosted catastrophes during the 2011-2015 period, the WMO calculated. The vast majority of excess deaths—those attributed to the added impact of climate change—occurred during the 2010-2012 drought in East Africa.

Other big killers included Typhoon Haiyan in the Philippines in 2013, and the 2015 heatwaves in India and Pakistan.

Economic damage has mounted too, led by flooding in Southeast Asia in 2011, and Hurricane Sandy the following year, which together caused more than $100 billion in damage.

The gathering pace of warming has been visible since about 1980, but has accelerated as humanity dumps ever more heat-trapping greenhouse gases into the atmosphere, mainly by burning coal, oil and gas. Climate scientists have long struggled—when assessing a single extreme event—to tease apart natural weather patterns from the influence of climate change.