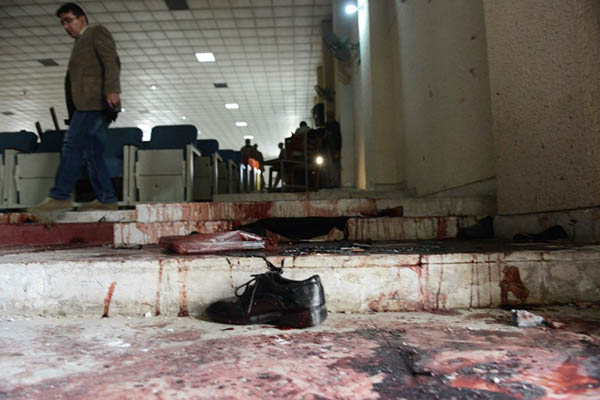 The State Bank of Pakistan has calculated that Pakistan’s role in the “war on terror” cost the country $118 billion but “the Coalition Support Fund approved by the U.S. to support Pakistan in the war, with an annual release of around $1bn since 2002, gave Pakistan only $14bn.”

There must be an ironclad formula to calculate the real damage sustained by Pakistan during this “war on terror”, which many Pakistani leaders now decry as “not Pakistan’s war.” The “pivot” in Pakistan today is a strategic departure from the status of “U.S. ally” and consolidation of its “all-weather” friendship with China. Some of our “strategists” are now advocating Pakistan reach out to Russia too to fill the “superpower gap” left behind by the U.S.

We blame the Coalition against Terrorism of shortchanging us despite our crucial locus in the fight against Al Qaeda and its allies and offshoots. The Coalition on the other hand sees Pakistan as an ally that played a “double game” pretending to abide by the rules of the war against terrorism but covertly interfacing with terrorism to fight its secret war against India. If Pakistan has a defense against this accusation it doesn’t wash with the U.S. and its western allies. The world therefore no longer supports Pakistan on Kashmir where India is guilty of grave human rights violations.

Pakistan may have time in the future to meditate on how it has behaved during this war. The boomerang effects of the strategy it used are not difficult to see. There is evidence that the Pakistani establishment never completely bought into the objectives of the war on terror and that it aided and abetted elements using terror for their own ends. That this approach was not properly thought out has been proved again and again. The $118 billion computed by the State Bank is actually the fallout from this flawed approach.