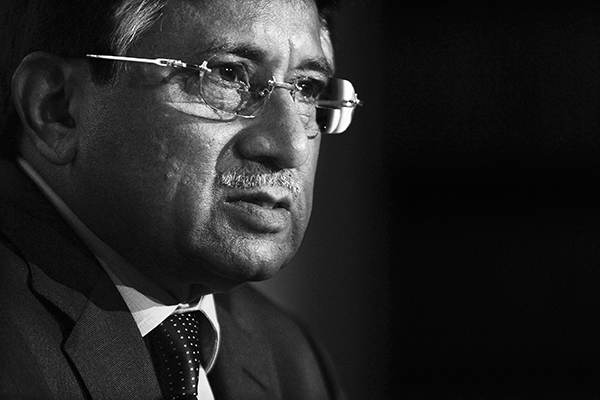 Former president has been directed to appear in court on March 11 to be indicted on treason charges.

A special court in Pakistan hearing treason charges against ex-president Pervez Musharraf on Friday rejected his plea for trial in a military court and set a date next month to indict him.

Musharraf’s lawyers had challenged the right of the civilian court in Islamabad to try the former Army chief who appeared in person before judges for the first time on Tuesday. “This application is dismissed,” lead judge Faisal Arab said at the end of Friday’s hearing.

The three-judge bench ruled that he was no longer in the Army and that high treason can be tried exclusively in a special court. “This decision to try Musharraf in a civilian court is factually wrong. The facts have been twisted,” Musharraf’s lawyer Ahmad Raza Kasuri told reporters afterwards.

The 70-year-old faces treason charges, which can carry the death penalty, over his imposition of a state of emergency in 2007 while he was president. The judges set March 11 as the date to indict the former general, who was ordered to appear in person to hear the charges being read out against him.

He was first ordered to appear before the tribunal on Dec. 24, but has missed repeated hearings since then due to bomb scares and health problems that saw him complain of a heart ailment.