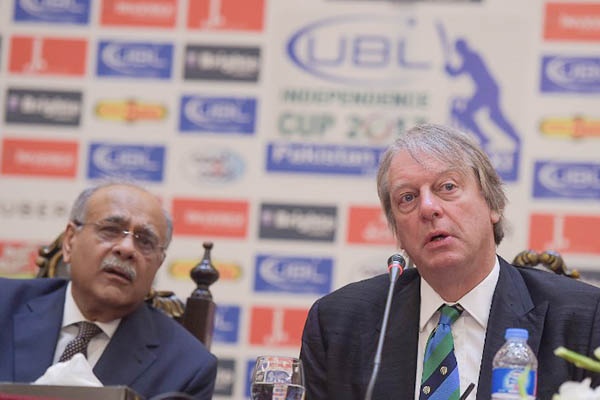 International Cricket Council (ICC) Chairman Shashank Manohar has welcomed the return of top-level cricket to Pakistan, saying: “This is a good day for world cricket as Pakistan Cricket Board (PCB) hosts a World XI in Lahore.” Pakistani players have been forced to play their “home” matches in the neutral venue of the United Arab Emirates since 2009, when Lashkar-e-Jhangvi militants attacked the Sri Lankan cricket team in Lahore. There was growing fear among both players and fans that if foreign teams continued to keep Pakistan off their playing schedule, the nation’s passion for the sport would die. Pakistan’s national cricket, too, seemed to wilt for lack of foreign stimulus as national politics went through its worst internecine phase.

Then an unlikely person appeared on the scene: the PCB’s new chairman, Najam Sethi. He was immediately lambasted on TV channels by querulous “sport experts,” and the mantra was—despite evidence to the contrary—that only a test cricketer could restore the national sport. Defying the naysayers, Sethi spearheaded the crucial curtain-raiser to Pakistan’s comeback in cricket. First, he successfully staged the Pakistan Super League’s final in Lahore earlier this year, nurturing a new crop of young players—while earning big money for the PCB—who were instrumental in defeating India to take the Champions Trophy in England.

Sethi is an organization man and this is one lateral lesson Pakistan must learn. After all, India’s fabulously successful T20 Premier League was thought up by a chartered accountant! The World XI is in Lahore after having declined to play in Karachi because of its reputation as a city where terrorists roam around freely in the no-go areas. The world knows about it even though in 2009 what stopped cricket in Pakistan was the assault in Lahore. Pakistan still has to clean up its act and straighten out the mistakes it has made in the past with it strategic blindness. And Sethi’s real target should be a Pakistan-India series in Pakistan, which will be the biggest moneymaking event in cricket history—never mind the massive role it could play in easing bilateral tensions.