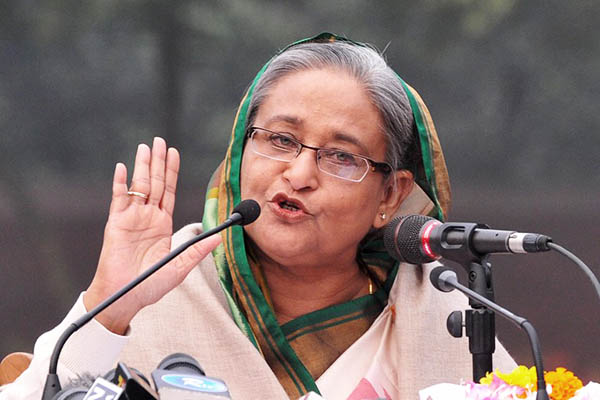 A FIFA official detained for allegedly defaming the Bangladeshi prime minister has been freed, her lawyer said on Wednesday, in a case closely watched by football’s governing body and rights groups.

Mahfuza Akhter, a FIFA council member since 2017 and the national chief of women’s football, was arrested on Saturday after a local football organizer accused her of making derogatory comments about Prime Minister Sheikh Hasina. She was granted bail this week and released from Dhaka central prison on Wednesday afternoon “after we completed all legal formalities,” said her lawyer Liakat Hossain.

Mahfuza in a press conference last month criticized Hasina for neglecting football in the cricket-mad country.

In an email, a FIFA spokesman this week said the footballing body was “monitoring this matter with concern.” The statement came a day after rights group Amnesty International demanded Mahfuza’s unconditional release, saying she “was merely exercising her to right to freedom of expression.”

If she is found guilty, Mahfuza could be sentenced to a maximum two years in jail. The arrest of the FIFA official marks the latest attack on freedom of expression in Bangladesh, Amnesty said.

Rights groups have accused the Bangladeshi government of using harsh laws to stifle dissent. Scores of people have been arrested under strict internet laws and cases have been filed against at least 200 people for making derogatory comments about Hasina online, according to a cyber crime prosecutor.

Mahfuza’s arrest came months after Bangladesh detained and charged awardwinning photographer Shahidul Alam with making “false” and “provocative” statements in a televised interview in August. He was jailed for 107 days—the photographer said he was badly beaten while in custody—and denied bail four times before being freed in November.