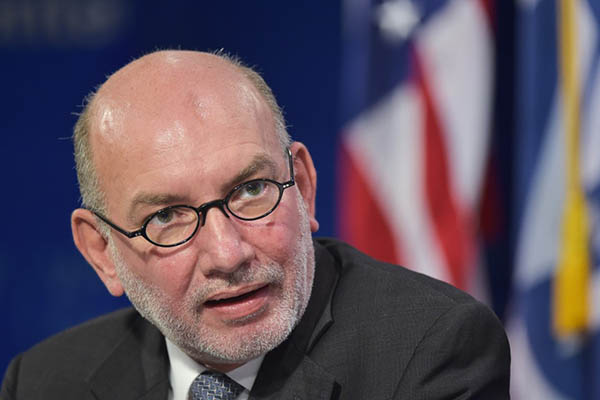 A dramatic transformation of the global economic model will be necessary if the world truly wants to tackle the problem of climate change, a top U.N. envoy told AFP on Friday.

In an interview with AFP in Geneva on Friday, he stressed that climate change should not be merely considered an environmental problem. “We are talking about a transformation of the economic model that is going to be needed to achieve the results we need,” he said.

The Sept. 23 summit at the United Nations is billed as the first major stocktaking gathering of world leaders on climate change since the Paris agreement was reached in 2015. The event follows a string of reports containing dire predictions about the future of the planet as carbon dioxide emissions continue to rise, pushing targets set out under the Paris accord further out of reach.

U.N. Secretary-General Antonio Guterres has said he wants the summit to be “action oriented,” and he has asked countries to present “concrete, realistic plans” to reduce greenhouse gas emissions by 45 percent over the next decade and to net zero by 2050.

De Alba said he was working to identify ambitious projects to showcase at the September meeting, as well as new models of cooperation and coordination between countries, organizations and public and private players. “It is evident that private financing will be indispensable to move from the billions to the trillions that are going to be needed,” he said.

Fighting climate change, he said, “is an issue that requires a transformation of the way we consume, the way we produce. This is not a process in which we can aim at a gradual increase of the ambitions. We need some drastic changes.”

Despite the huge challenges, de Alba said that he was “optimistic,” pointing to the enthusiasm and commitment he was witnessing from governments and non-governmental groups alike. He acknowledged though that not everyone was equally engaged in the process, including the host-country of the summit.

President Donald Trump’s 2017 decision to pull the United States out of the Paris accord has cast a cloud over global efforts to rein in climate change. But de Alba said the federal government in Washington was continuing to “work on a number of areas that are important to fight climate change,” and that he hoped the U.S. would participate in the September summit.

The U.N. climate envoy also hailed the work done by youth activists like Swedish teen Greta Thunberg, and said young people would have an important part to play at the meeting. “We want them to be part of the solution, and not only take note of their very obviously… justified anger because of lack of action,” he said.