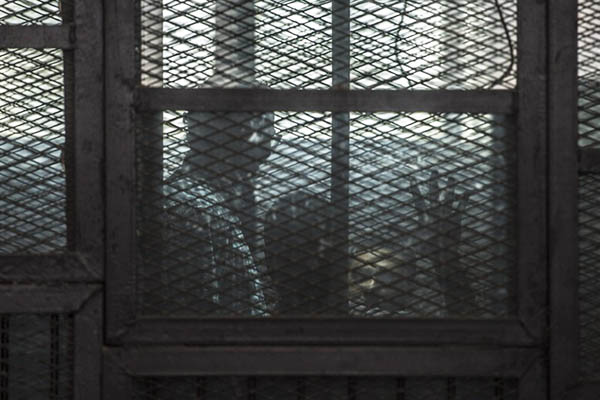 Many western countries voiced swift disapproval after an Egyptian court Saturday handed down three-year prison sentences to three Al Jazeera reporters whom they have long demanded be released.

Canadian Mohamed Fahmy and Egyptian producer Baher Mohamed were in court for the verdict, while Australian journalist Peter Greste—who called the sentences “outrageous”—was tried in absentia after being deported early this year. The court said they had broadcast “false” news that harmed Egypt.

“Canada is disappointed with Mohamed Fahmy’s conviction today. ‎This decision severely undermines confidence in the rule of law in Egypt,” Lynne Yelich, minister of state for foreign affairs and consular matters, said in a statement. “The government of Canada continues to call on the Egyptian government to use all tools at its disposal to resolve Mr. Fahmy’s case and allow his immediate return to Canada.”

Yelich noted that Canadian officials have raised the issue with Egypt and “will continue to do so.”

Speaking from Australia, Greste encouraged supporters to keep fighting the sentences. “I can’t begin to tell you just how heavily it weighs on me,” he said.

Australian Foreign Minister Julie Bishop said she was “dismayed” and the United States said it was “deeply disappointed and concerned.”

“We urge the government of Egypt to take all available measures to redress this verdict, which undermines the very freedom of expression necessary for stability and development,” State Department spokesman John Kirby said in a statement.

The European Union branded the sentences a “setback for freedom of expression in Egypt.”

“We look forward to the appeals process and reiterate our call for the release of the defendants,” a statement said.

Britain likewise voiced its stern disapproval. “These sentences will undermine confidence in Egypt’s progress towards strong, long-term stability based on implementing the rights granted by the Egyptian constitution,” north Africa minister Tobias Ellwood said in a statement.

The reporters had been retried following an overturn of initial seven-year sentences, and the new decision was a shock given international calls for acquittal.

Western countries have made numerous moves to secure the journalists’ release. In January, former Canadian foreign minister John Baird traveled to Egypt in an attempt to return Fahmy to Canada.

Al Jazeera, based in Qatar, has denounced the verdict against the journalists as a “deliberate attack on press freedom.” According to the Committee to Protect Journalists at least 18 journalists are behind bars in Egypt.