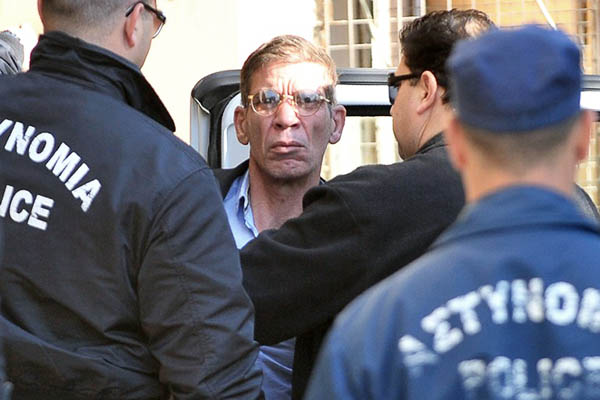 Marina Paraschou accuses her ex-husband of being abusive and inattentive toward her and their children.

The Cypriot ex-wife of an Egyptian accused of hijacking a plane in a bid to see her has said their marriage was hell and he had shown no interest in her or their children since they separated.

Marina Paraschou told the Phileleftheros newspaper that she had met Seif al-Din Mohamed Mostafa on the island when she was just 18 and he was 26, and that their five years of marriage were a “black period” of her life.

“Most of the media painted a picture of romance in which a man was trying to reach out to his estranged wife,” Paraschou said in comments published on Thursday. “But that couldn’t be further from the truth and they would have a different opinion if they knew what he was really like. It was a black five years.”

Paraschou alleged that her ex-husband, now in custody as police weigh charges, had been violent and abusive towards her and their three children, had refused to work and had taken drugs.

Paraschou was brought to Larnaca airport by police during the six-hour standoff that culminated in her ex-husband’s surrender. But she said that was solely to confirm his identity and not to meet the demand he had made in a written note passed to authorities from the plane.

Mostafa, 58, is accused of using a fake suicide belt to force the Alexandria-to-Cairo flight to divert to Cyprus, where he was remanded in custody on Wednesday for eight days. He faces possible charges of hijacking, kidnapping, reckless and threatening behavior, and breaches of the anti-terror law.

Police prosecutor Andreas Lambrianou told the court that after his arrest, the suspect had told officers he acted out of desperation to see his ex-wife and children. “What’s someone supposed to do when he hasn’t seen his wife and children in 24 years and the Egyptian government won’t let you?” Lambrianou quoted him as saying.

But Paraschou alleged that after they split up in 1990, Mostafa had been indifferent to the point of callousness towards her and their three children, one of whom died in an accident after their divorce.

Most of the 55 passengers on the hijacked EgyptAir flight were quickly released after it landed in Larnaca. But some passengers and crew escaped only minutes before the standoff ended, including one uniformed man who was seen clambering out of a cockpit window and dropping to the ground.

Initial Report on PIA Crash to be Made...