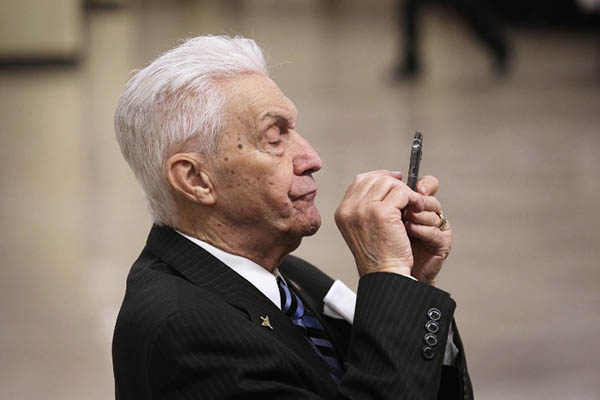 Advanced economies face limits on future growth due to the drag from aging populations, unless they can boost productivity through technology and infrastructure investment, the International Monetary Fund said Tuesday.

A higher proportion of aged citizens means a smaller workforce and lower potential output, which in turn could spell lower living standards in the future, the IMF said in a new study.

The phenomenon of lower potential growth in economies is increasingly evident in some advanced economies, but also faces emerging markets like China where the average population age is also rising.

The new study, part of the IMF’s semi-annual World Economic Outlook, seeks in part to explain why advanced economies have remained so turgid in the wake of the financial crisis which began in 2008. Of the key inputs to growth, the supply of capital for investment has expanded, though more slowly than expected.

But labor pools have grown even more slowly, as measured by the level of participation by a population in the active workforce.

A key part of the reason for that is that more people have retired or will retire compared to the level of entrants into the jobs market. The result is a drag on the potential increase in output, or economic growth, the study says.

For advanced economies, potential economic growth, which was around 2 percent before the crisis, fell to 1.3 percent in the crisis years but will be only about 1.6 percent through the rest of this decade, the IMF said.

Countries can counter this drag with increasingly focused capital investment, the study noted. “Increasing potential output is a policy priority for advanced and emerging market economies,” it said.

The prescriptions differ across economies, but focus mostly on the need to expand investment. But also, it said, “structural reforms and greater support for research and development are key to increasing supply and innovation.

“In emerging market economies, higher infrastructure spending is needed to remove critical bottlenecks, and structural reforms must be directed at improving business conditions and product markets.”