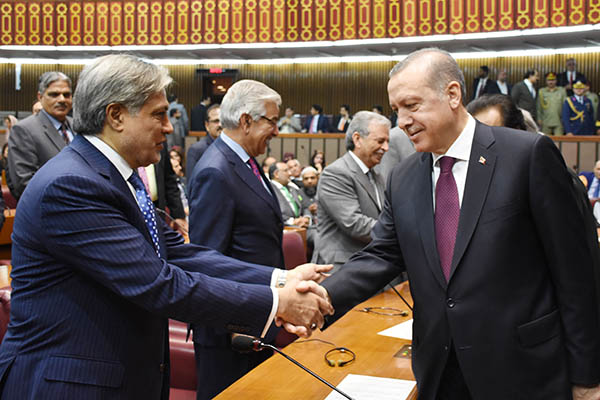 The Turkish president’s allegations against the West aren’t supported by available evidence.

Turkey President Recep Tayyip Erdogan alleged to a joint session of Pakistan’s Parliament on Nov. 17 that Al Qaeda and the Islamic State militant group were both funded by the West as a part of a plot to divide and destroy the Islamic world. How true could this allegation be?

So far the facts overwhelmingly challenge Erdogan’s accusation. Al Qaeda delivered a most devastating blow to the United States in 2001 by destroying the World Trade Center in New York. In retaliation, U.S. Special Forces staged a military strike in Pakistan’s Abbottabad in 2011 and killed its creator, Osama bin Laden, amid rumors that Pakistan was sheltering him. Some reports at the time spoke of bin Laden’s nexus with Pakistan’s jihadi non-state actors. This fall from grace followed bin Laden’s lionization by both the U.S. and Pakistan when he was fighting on their behalf against the Soviet army in Afghanistan—a conflict that directly resulted in the Taliban taking control of the war-torn state.

The Islamic State, meanwhile, was created by an agent of Al Qaeda who traveled from Pakistan’s tribal areas to Iraq and set up a breakaway faction of the militant group that eventually evolved into I.S. It is almost impossible to link the birth of I.S. to America and the West on available evidence. The militants have repeatedly targeted various European nations, most notably France, causing trauma that has forced even veteran strategists like former diplomat Henry Kissinger to ask America to focus on the destruction of I.S. instead of waging war on Syrian dictator Bashar al-Assad.

Turkey in fact indirectly helped I.S. by attacking elements fighting against the militant group in Syria and Iraq. It claims protection of the ethnically related Turkoman community when it attacks Syrian and Iraqi Kurds challenging the growing power of I.S.

By indirectly siding with Sunni I.S. Ankara has actually perpetuated a sectarian divide in the Middle East, intervening in Iraq against the Kurds fighting I.S. occupation, and taking on Iran as Tehran defends the Shia majority in Iraq with the collaboration of I.S.-threatened West.