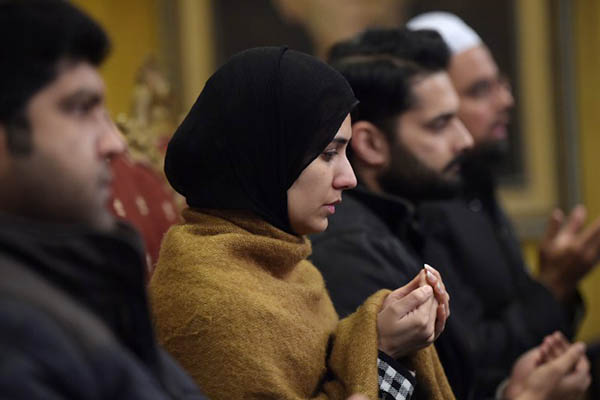 The families of two missing bloggers claimed their loved ones were innocent on Wednesday after a virulent social media campaign painted the activists as blasphemers deserving execution under the draconian blasphemy laws.

A total of five men, who had stood against religious intolerance and at times criticized Pakistan’s military, vanished within days of each other earlier this month, sparking fears of a government crackdown. No group has claimed responsibility for their abduction and security sources have denied involvement.

But blasphemy accusations targeting the disappeared activists have been multiplying on Facebook and Twitter, triggering a flood of threats. The allegation can be fatal in Pakistan, where at least 17 people remain on death row for blasphemy.

“People are making this up, it is hearsay,” said Mesha Saeed, the wife of Ahmed Waqas Goraya who went missing from Lahore on Jan. 4. “People are saying that Waqas is affiliated [to blasphemy]. But the content attributed to Waqas on that page, he would never do that. Whatever content is on that page, we condemn it and he is not responsible for any of it. I’m just a student, I’m a simple person. I don’t understand why are we being trapped like this,” she said.

Rights groups have long criticized the colonial-era blasphemy legislation as a vehicle for personal vendettas as even unproven allegations can result in mob lynchings. A number of NGOs and observers say the online campaigns are to silence progressive voices and are carefully coordinated.

Several liberal online commentators have already closed their social media accounts in the wake of the accusations.

Pakistan is ranked among the world’s most dangerous countries for journalists, and reporting critical of the military is considered a major red flag. Rights groups say activists and journalists often find themselves caught between the country’s security establishment and militant groups including the Taliban.

Faraz Haider, brother of Professor Salman Haider, who disappeared from Islamabad on Jan. 6, said the charges were also putting the lives of other family members in danger. “This propaganda does not only impact the people who are already missing, but also, us, their families,” he said. “We are really concerned about this. Keeping in mind the seriousness of such affairs in Pakistan, we are worried that this will surely cause danger for all of us in the future.”

Social activist and lawyer Jibran Nasir said a petition has been filed in the Supreme Court and the National Commission of Human Rights (NCHR) for the recovery of the missing bloggers and a halt to the blasphemy accusations. He said the case had become “a humanitarian crisis.”