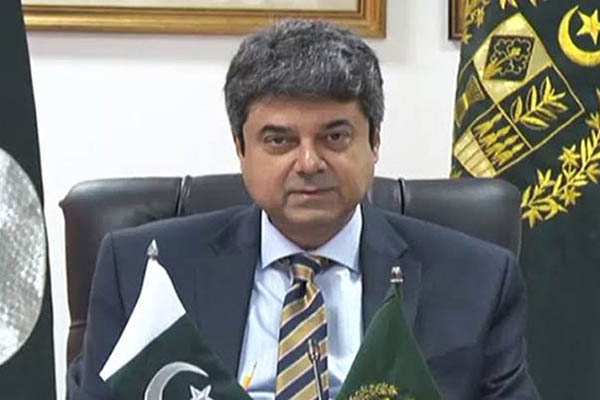 In statement, lawyer claims he resigned at ‘request of P.M. Khan’ to represent federation in reference against Justice Isa

Law Minister Farogh Naseem on Monday announced that he had resigned from his cabinet position on the “request of the Prime Minister of Pakistan” to represent the federation in the presidential reference against Justice Qazi Faez Isa in the Supreme Court.

While Prime Minister Imran Khan has yet to formally accept Naseem’s resignation, it appears fait accompli in light of the minister claiming the decision was taken at the premier’s “request.”

In a statement, Naseem said that while he would be representing the federation against a Supreme Court justice, he had no personal grudges against any judges. “I have no personal vendetta [against] any person, judge, bar council or a lawyer not even with Justice Qazi Faez Isa,” he said. “I will appear in the Honorable Court only as a lawyer to assist the Honorable Court,” he added.

A presidential reference against Justice Isa was filed last year over allegedly failing to disclose foreign assets of his wife and children in his tax returns. The matter has been taken up the Supreme Judicial Council, and a 10-member bench of the apex court is set to resume hearings into it from tomorrow (June 2).

Last week, Justice Isa had filed a petition in the Supreme Court, questioning the credentials and qualifications of Assets Recovery Unit Shahzad Akbar, who had claimed to investigate the allegations. He had also hit out at Naseem, claiming the lawyer was attempting to malign the judiciary.