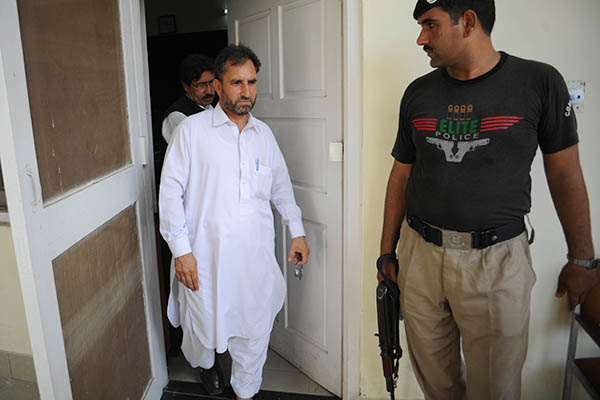 Appellate court will determine whether former government surgeon will be retried on the basis of previous investigations.

Afridi, the doctor who allegedly helped the CIA track down former Al Qaeda leader Osama bin Laden in Abbottabad, was arrested shortly after U.S. troops killed the terror leader in 2011. He was convicted in 2012 for treason over alleged ties to militant group Lashkar-e-Islam and sentenced to 33 years imprisonment along with a Rs. 320,000 fine. In August, the commissioner of Peshawar overturned the sentence and ordered a retrial on the appeal of Afridi’s brother Jamil.

Samiullah Afridi, who is representing Afridi in court but is not related to him, says he has filed a fresh appeal to demand Afridi’s case be re-investigated. “Today, we appealed against the decision of the commissioner” before the FATA Tribunal, he told Newsweek. “The biggest hurdle for us is that the retrial will be conducted on the basis of reports that were used to convict Afridi,” he said. “During the retrial, we can merely reproduce the same old arguments.” His appeal urges the FATA Tribunal to order a fresh investigation prior to a retrial.

The FATA Tribunal is an appellate court of the tribal areas comprised of three members, including one chairman. Per law, two members are senior retired bureaucrats who are familiar with jirga customs and have served in FATA, while the third is a lawyer who has practiced for at least 10 years. Each appointment is valid for three years and is finalized by the governor of Khyber-Pakhtunkhwa province.

What will they find in the new investigation? This is shameless. OBL was an internationally wanted criminal, Afridi should be tried by the international court.

they should put him and Mush on the same flight to saudi arabia!