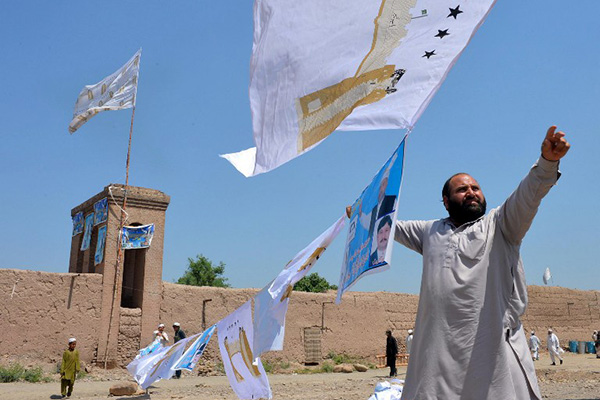 The Sartaj Aziz-led committee’s plan of merging Pakistan’s Federally Administered Tribal Areas (FATA) with Khyber-Pakhtunkhwa (KP) province, readied last year, will be discussed at the next cabinet meeting, according to a statement by Prime Minister Nawaz Sharif. Earlier reports had claimed the plan was dropped from the agenda of discussion because of opposition from PMLN allies; both the Jamiat-e-Ulema-e-Islam (Fazl) and the Pakhtunkhwa Milli Awami Party want to hold a referendum and allow the people of FATA to vote on whether they want to be a part of Khyber-Pakhtunkhwa or exist as a separate province.

Pakistan must normalize FATA to establish the state’s writ. The policy of “leaving the tribesmen alone” must be dumped to provide normal education, communication and health facilities to the 3.2 million people living there. Pakistan has traditionally kept FATA as a museum of “peripheral warriors” to be used as proxies, starting with the 1948 tribal invasion of Kashmir. It has today become the “strategic depth” of all kinds of global terrorist organizations such as Al Qaeda and Islamic State.

If provinces are viewed as ethnic-based entities, then the Pakhtun are the most widespread of Pakistan’s major groups: they are dominant in Khyber-Pakhtunkhwa; have almost the same strength as the Baloch in Balochistan and have their largest city, numerically, in Karachi in Sindh. The Balochistan-based Milli Awami Party ideally wants them in Balochistan as ethnic leverage but supports a separate FATA province to allow migrants transit to Sindh through Balochistan. Based next to FATA’s problematic Waziristan, the JUIF despairs of ever ruling Khyber-Pakhtunkhwa, as its entrenched rivals, the secular Awami National Party and the Jamaat-e-Islami, are both based in and around Peshawar.

Khyber-Pakhtunkhwa has been “tribalized” by FATA instead of the other way around. Islamabad must overcome its internal hurdles to detribalize the state where its writ is weak. Decades of proxy war has spread the warrior cult into south Punjab too, weakening the writ of the state there. It is time to reverse this trend.