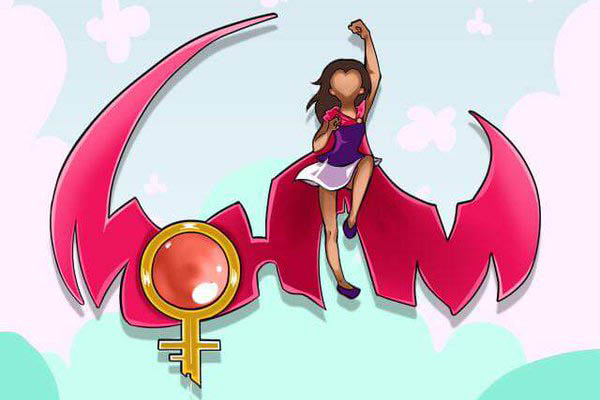 A new game app aims to break taboos and educate users about menstruation.

A Pakistani entrepreneur has developed a mobile game app intended to break taboos surrounding menstruation in the developing world, including beliefs that periods are ‘evil’ or make women impure.

MoHim, an acronym for Menstrual Health Management which also means ‘effort’ in Urdu, arms players with a pair of panties which they use to catch sanitary pads while avoiding items unsuited to absorbing period flow such as leaves and newspapers. As players complete levels they are awarded keys, which unlock “myth-buster” doors that dispel deep-seated prejudices against menstruation in much of the developing world—such as the idea that women should not cook or bathe while having their periods.

The app is the brainchild of Mariam Adil, a World Bank analyst in Washington, D.C. She also heads a small Pakistan-based startup called GRID that aims to use games to promote social change.

Adil told AFP on Wednesday of the stigma she encountered around menstruation in Pakistan, such as “when girls skip school for a week every month out of ‘shame’ till they drop out from secondary school, and when women suffer from serious infections because they were told they can’t bathe during their period.”

“Video games can target these social constructs and prompt individuals to challenge them in a fun way,” she added.

Menstruation remains a taboo subject in Pakistan, with studies showing a widespread lack of education for women on menstrual hygiene.

Marginalized girls in Pakistan also end up missing roughly two to four school days a month due to menstruation, according to U.N.-Habitat.

A prototype version of Mohim was launched for iOS earlier this month, and GRID will be partnering with NGO Femme International to implement use of the app in slum communities in the Kenyan capital Nairobi. If successful, the team hopes to release it on the Android store, including in Pakistan—though Adil conceded they have faced resistance from policymakers.