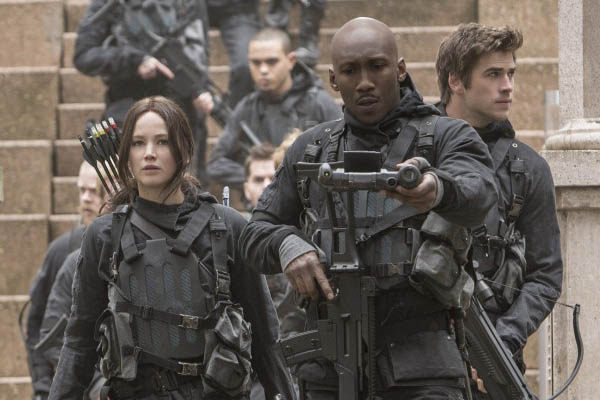 Fourth installment of dystopian saga soars ahead of competition in North American theaters.

The Hunger Games: Mockingjay—Part 2 raked in $75.8 million in ticket sales in its second weekend in the United States and Canada, box office tracker Exhibitor Relations said. It made $102 million the first weekend, but that was below the take of the first two movies in the franchise, perhaps signaling waning interest in the Hunger Games.

In second place in its debut weekend was Disney’s animated The Good Dinosaur at $55.6 million. Third place went to the generally well-received boxing movie Creed, a next generation version of the Rocky series, whose revenue totaled $42.6 million in its first week in theaters.

Dropping to fourth place from second was Spectre, the latest James Bond movie, with gross sales of $18.2 million. The star-studded spy thriller—with Daniel Craig as 007, and including Italian beauty Monica Bellucci and Austrian Oscar winner Christoph Waltz as the villain—has taken in $172.3 million in its four weeks in cinemas.

Fifth was the computer-animated 3D cartoon The Peanuts Movie, which pulled in $13.6 million. The family-friendly film was the first big screen rendering in 35 years for the comic book characters created by the late Charles Schulz, who died in 2000.