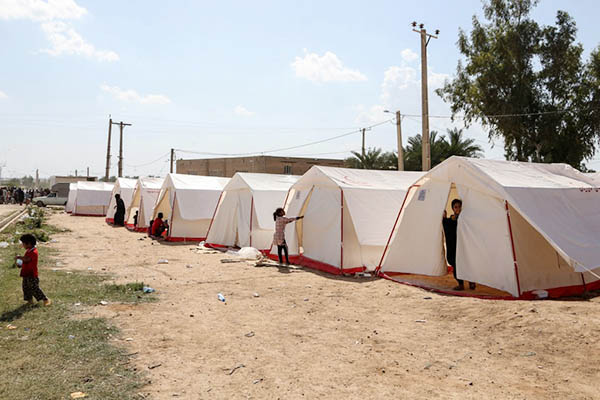 Recent downpours have left 76 dead, caused over $2.2 billion in damages

Floods in Iran have killed 76 people and caused more than $2.2 billion in damages in recent weeks, officials said on Sunday, with warnings still in place for large swathes of the country.

“With the death of five people in the Khuzestan province flood and another person in Ilam province the death toll has now reached 76” since March 19, according to a statement published online by the coroner’s office.

The two southwestern provinces are the latest overwhelmed by floods that first hit the northeast of the usually arid country, forcing hundreds of thousands to evacuate from cities and villages. Officials have again issued flood warnings for the east of Iran with heavy rains that began on Saturday forecasted to continue.

The floods have caused immense damage with homes, roads, infrastructure and agriculture all hit. “Twenty-five provinces and more than 4,400 villages across the country were affected by the floods,” Interior Minister Abdolreza Rahmani-Fazli told parliament, according to the official IRNA news agency. He said the damages amount to between 300 and 350 trillion rials—between $2.2 and $2.6 billion at the free market rate.

“More than 14,000 kilometers of roads have been damaged,” he said, according to IRNA.

The head of Iran’s meteorology service told the same parliamentary session that the floods do not necessarily mean that a decades-long drought has ended. “The recent floods were due to climate change and global warming,” Sahar Tajbakhsh said according to the semi-official ISNA news agency.

The Islamic republic has received aid from neighboring countries and further afield, with France on Saturday donating 210 tents and 114 pumps.