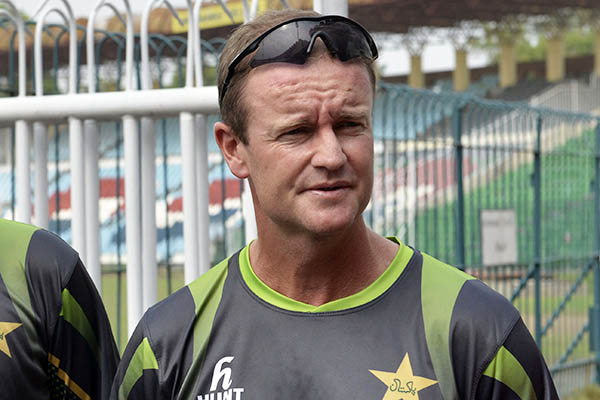 New batting coach says he hopes to get batsmen to play with more consistency.

New Pakistan batting coach Grant Flower said improving the side’s faltering hitters would be a “challenge” as he assumed the role on Friday.

The 43-year-old joined on a two-year contract after a successful coaching stint with his native Zimbabwe, which ended in 2012. His task is to improve Pakistan’s fortunes at the crease, which have flopped recently, most notably last year’s 3-0 Test whitewash against South Africa when they were bowled out for just 49.

“We all know how talented the players are and I rate them high. But maybe sometime they don’t get most of their talent out and I am here to coach them,” Flower said. The younger brother of accomplished Zimbabwean batsman Andy, who coached England until last year, said he would not have taken the job if he didn’t think he could make a difference.

“The challenge of being in a different place brought me here,” Grant said at his introductory press conference. His stint starts in earnest on next month’s tour of Sri Lanka when he teams up with new head coach Waqar Younis.

He said he was determined to get the most out of the batsmen at his disposal. “I do know some of the players and know their constraints as well and some areas where I need to work on. Another best thing about Pakistan batting is their flare, I would never want to take it out from any of them,” he added. “So may be its just about fine-tuning with some of the batsmen and getting them to play with more consistency.”