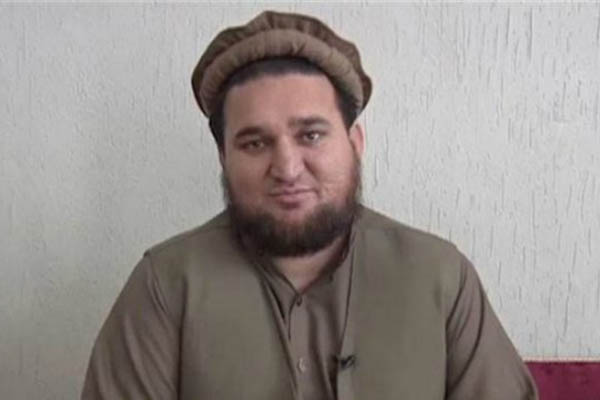 Ehsanullah Ehsan, the former spokesman of the Pakistani Taliban who was detained by security forces in 2017, has claimed that he has escaped the custody of authorities along with his family and is currently in hiding.

In an audio message released on social media, Ehsan has narrated the circumstances of his detention and escape. “I am Ehsanullah Ehsan. I am the former spokesman of Tehreek-e-Taliban Pakistan and Jamaatul Ahrar,” he begins in the 2-minute message. “I had surrendered to Pakistani security authorities on Feb. 5, 2017 under an agreement. I honored this agreement for three years, but the Pakistani authorities violated it and kept me in a prison along with my children,” he adds, claiming he was misled by security forces and was “forced” to make his escape due to their actions.

“On Jan. 11, 2020 with the help of Allah, I succeeded in escaping from custody,” claims Ehsan, adding he would shortly release a detailed statement outlining the agreement he had with Pakistan’s security apparatus. “I will also mention on whose approval this deal was made with me. As well as the terms and conditions of the agreement and which prominent figure had assured me the agreement would be implemented,” he said, adding he would also discuss the conditions under which he and his family had been kept for the past three years.

There has been no confirmation or denial of Ehsan’s claims from Pakistan’s armed forces. On April 17, 2017, military spokesman Maj. Gen. Asif Ghafoor had told media that Ehsan had surrendered to the armed forces. He had claimed this was a great “achievement” that a former enemy had turned himself in. Sources within the security establishment refused to comment on the matter to BBC Urdu.

During his tenure as spokesman of the TTP, Ehsan claimed responsibility for the attack on Nobel laureate Malala Yousafzai in 2012; the rocket-attack on Bacha Khan International Airport, Peshawar the same year; the killing of nine foreign tourists in Gilgit-Baltistan in June 2013; the suicide attack at Wagah Border in November 2014 that killed 60; the killing of the home minister of Punjab, Shuja Khanzada and 13 others, in August 2015; and the suicide-bombing at Allama Iqbal Park, Lahore, in March 2016, killing 72. He is also the prime accused in the brutal 2014 attack on the Army Public School in Peshawar that left 150 people, mostly children, dead.