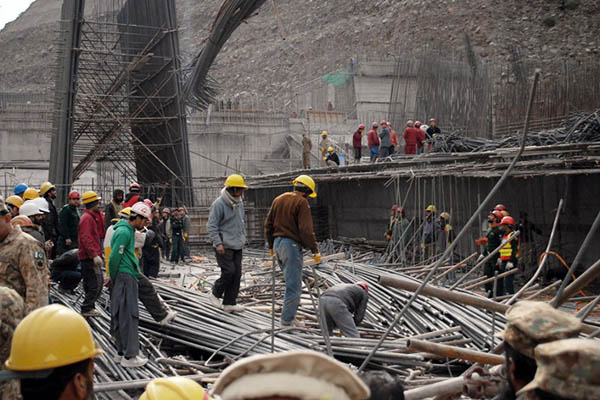 A Chinese engineer and three workers perished when a wall collapsed.

Four people including a Chinese engineer were killed Wednesday when a wall collapsed at a construction site for a major dam project in Kashmir, officials said.

The accident happened at the Neelum-Jehlum Hydropower project intake site 40 kilometers north of Muzaffarabad. “Four workers including a Chinese engineer were killed when a wall collapsed,” said Sayed Asif Gardezi, a local administration official. He said a Chinese engineer and two other Pakistani workers were injured but they were out of danger.

The incident was confirmed by local rescue officials.

China is one of Pakistan’s main allies and there are thousands of Chinese engineers and other workers in Pakistan helping on infrastructure projects including nuclear power plants, dams and roads. Last month Beijing promised Islamabad investment worth $42 billion over the coming years, much of it focused on the energy sector where Pakistan suffers chronic and economically damaging shortages.