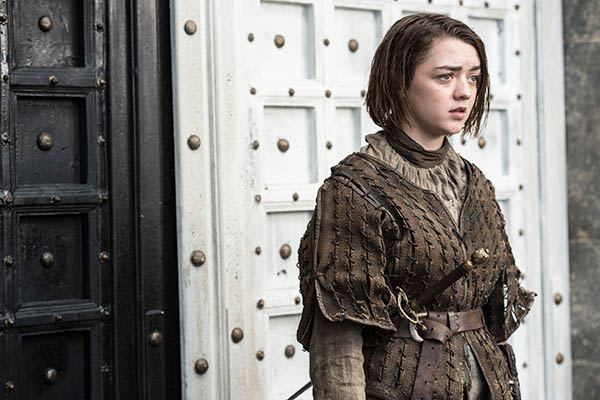 The blockbuster HBO hit returns for a much-anticipated fifth season this week.

Former redhead Sansa remains a brunette. Tyrion grows a beard. East and West shall meet. And, once again, more will die gruesome deaths. Welcome to season five of the TV series Game of Thrones, which premieres Sunday worldwide to a rapturous global following.

So popular is the medieval-flavored saga of blood, sex and treason that HBO is airing the new season simultaneously in 170 countries. New York fans who tune in Sunday at 9:00 p.m. will thus see the same action as counterparts in London who stay up into the wee hours of Monday.

The globe-girdling simulcast is HBO’s response to Game of Thrones being the world’s most pirated TV program. The season four finale was illegally downloaded eight million times, according to file-sharing news site TorrentFreak, a nightmare for HBO’s marketers but a tribute to the show’s appeal.

Adapted from the A Song of Ice and Fire fantasy saga by George R. R. Martin, Game of Thrones revolves around a ruthless power struggle between noble families who covet the Iron Throne in the Seven Kingdoms of Westeros. Lovers, warriors, princesses, eunuchs, dragons and zombies, among many others, take their turn in a multi-plot narrative in which the only common denominator is death. So much so, in fact, that it had the second-highest body count of any U.S. television show in 2012, with an average of 14 deaths per episode, according to Funeralwise.com. (Gladiator schlock-fest Spartacus was first at 25.)

Going into season five, the plot “just keeps getting bigger and bigger,” said David Benioff, who co-created the show with Dan Weiss. “For four seasons, you’ve had all these characters who’ve been separated by geography—from Daenerys and her band of warriors roaming around to everyone in Westeros,” he said. “Now, these storylines are starting to merge. It’s going to be a big East-meets-West season.”

In the run-up to Sunday’s premiere, spoilers have been trickling out. According to USA Today, Jon Snow, a bastard son of the noble House Stark, played by Kit Harington, will figure prominently this season. “This year, you’re going to see some of the most horrible things and darkest places. Parts of my story are a horror,” Harington said.

Set visits made by Entertainment Weekly magazine in Croatia, Spain and Ireland revealed that half the Alcazar palace in Seville, a major attraction, was closed to the public during production. Missing, at least this season, will be the disabled boy character Bran Stark and his mute guardian Hodor.

The dragons of blonde warrior queen Daenerys, portrayed by Emilia Clarke, will grow in strength, while the diminutive Tyrion sports facial hair.

For those playing catch-up, several media are running recaps of seasons past, and gossipy news site Gawker has summarized the entire saga so far in a two-minute video. The Washington Post has meanwhile produced an “illustrated guide” to the 456 deaths that occurred over the first four seasons.

The show’s extraordinary success was underlined in June when Queen Elizabeth II toured the Belfast studios where interior scenes are shot.

HBO has already commissioned a sixth season, while reports say the actors are under contract for a seventh—after which it is believed the creators will bring their epic to an end.