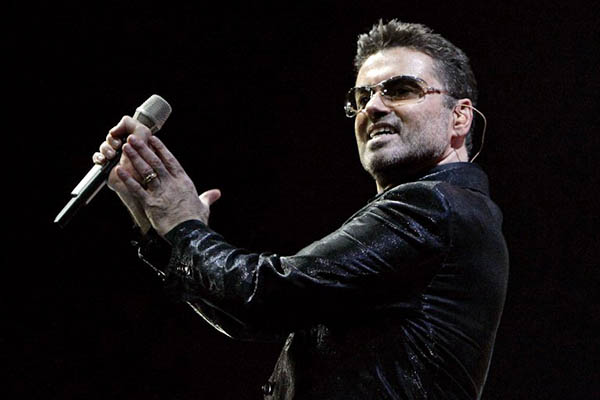 Era-defining songs from throughout his career serve as reminder of pop icon’s talent and success.

Penning “Careless Whisper” at the tender age of 17, George Michael left an indelible mark on the 1980s and 1990s with hits that are still being played years later. Here are 10 era-defining songs from the British pop icon, who died on Christmas Day aged 53.

It took Michael and his high school friend Andrew Ridgeley three years before their duo Wham! topped the U.K. and U.S. charts with this irrepressibly upbeat smash hit, inspired by a note Ridgeley wrote to his parents.

In an era when music videos were becoming an increasingly important promotional tool for bands, the sight of Michael bouncing around the stage with his bleached quiff and two-tone mini-shorts secured his reputation as a 1980s heartthrob.

Still played worldwide in tribute to those suffering from heartbreak at Christmas, the song holds the distinction of being the biggest-selling British single to never reach number one. It has been covered by Coldplay, Kylie Minogue and Taylor Swift—among many others.

A lovers’ favorite on the dance floor, one of the best-known ballads of all time is instantly recognizable from the saxophone riff played in the opening.

Michael sports a more elegant look in this song’s video, appearing in a black suit and a white shirt. The highlighted quiff, however, is still the look of choice.

While the full version of the track and its music video faced censorship on radio and television, an edited version made it onto the airwaves, complete with shots of Michael and a female lover wrapped in silk sheets, and of him writing on her body using red lipstick.

This ballad saw Michael show a more sensitive side, as he sang about the fear of falling in love again. Mariah Carey has covered this track.

After years in the spotlight, Michael shunned performing in the music video for this track. Instead, he enlisted the era’s best-known supermodels—Cindy Crawford, Naomi Campbell and Linda Evangelista—to appear in his place.

Though this Elton John track had been a hit since it was written in 1974, the version recorded live alongside Michael has become by far the best known. Michael also breathed new life into “Somebody to Love” by Queen in a concert at Wembley Stadium in homage to Freddie Mercury in 1992.

By this stage, Michael’s sexuality was an open secret—though he had yet to go public about it. This seven-minute track, written to a beat that was influenced by the warm bossa nova style, was a eulogy to his Brazilian partner, Anselmo Feleppa, who had died of an AIDS-related brain hemorrhage in 1993.

Released soon after he was caught by police in a “lewd act” in a public bathroom in a Los Angeles park, this song was seen as an open declaration of Michael’s sexuality—as well as an explicit parody of his arrest.

The video shows Michael dressed as an LAPD officer dancing in a bathroom fitted with disco lights and silver urinals. It also shows people being arrested from lavatories, as well as two male police officers kissing. The policeman who arrested Michael later sued him over the clip. The case however was dismissed.