Global Demand for Air Conditioning to Triple by 2050 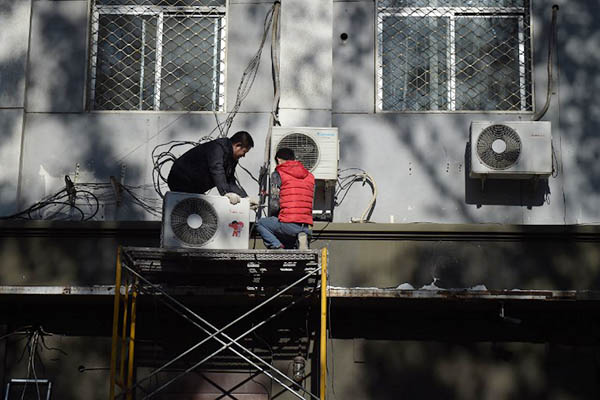 The worldwide demand for air conditioning is expected to triple over the next 30 years, making the pursuit of energy-efficient cooling systems a top priority, the International Energy Agency said on Tuesday.

Some 1.6 billion buildings worldwide have AC today, a number that will grow to 5.6 billion by 2050, “which amounts to 10 new ACs sold every second for the next 30 years,” according to the IEA report.

The amount of power needed to meet this anticipated surge in indoor cooling will equal the combined electricity capacity of the United States, the European Union and Japan today, it said.

The problem is that energy efficiency among AC units varies widely. Those sold in Europe and Japan tend to be at least 25 percent more efficient than units sold in the United States and China. “Growing electricity demand for air conditioning is one of the most critical blind spots in today’s energy debate,” said Fatih Birol, the Executive Director of the IEA. “With rising incomes, air conditioner ownership will skyrocket, especially in the emerging world,” Birol added.

“It is essential that efficiency performance for ACs be prioritized. Standards for the bulk of these new ACs are much lower than where they should be.”

India is expected to be one of the countries with the biggest increase in AC in the coming decades. AC in India currently accounts for 10 percent of that nation’s electricity use, but could reach 45 percent in 2050, said the report.

The IEA warned that “large investments in new power plants to meet peak power demand at night” are needed, and that solar PV technology will not be enough. “Setting higher efficiency standards for cooling is one of the easiest steps governments can take to reduce the need for new power plants, and allow them at the same time to cut emissions and reduce costs,” said Birol.

Mandatory energy performance standards could cut energy growth from AC demand in half, and save as much as $2.9 trillion in investment, fuel and operating costs, said the IEA.

AC is common in nations like Japan, South Korea, the United States, Saudi Arabia and China. But just eight percent of the 2.8 billion people living in the hottest parts of the world have indoor cooling.

The IEA report forecasts that two-thirds of homes worldwide could have an air conditioner by 2050.