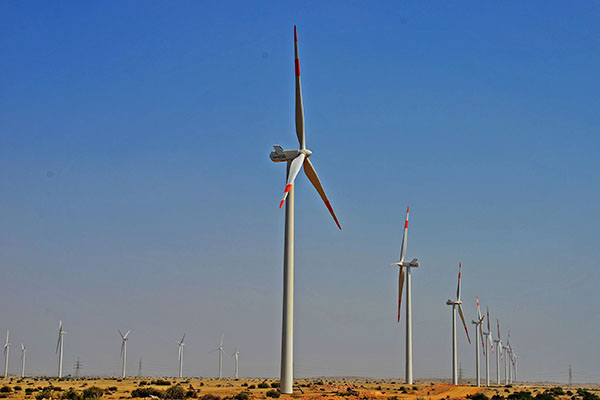 Government hopes to generate 8,000MW through renewable energy sources by 2025

The Pakistan Tehreek-e-Insaf-led government hopes to generate 8,000MW of electricity through renewable sources by 2025, the minister for power and petroleum told the Lower House of Parliament on Monday.

Minister Omer Ayub Khan told the National Assembly that 11 wind power projects had been approved to generate affordable electricity for the domestic market, adding the aim was to generate around 85 percent of power utilizing Pakistan’s natural resources. He said the previous two governments—led by the PPP and the PMLN—had developed 33 renewable energy projects with a cumulative capacity of approximately 1,716MW, noting that these had been done through private investment and no government funds had been involved.

To a question, the minister said 18 exploratory wells had been drilled near the Karachi coast but no oil had been found. P.M. Imran Khan had in May claimed that Pakistan should expect “good news” over offshore drilling operations, adding major gas reserves had been predicted. This has yet to be proven true.

Also on Monday, Minister for Human Rights Shireen Mazari said the government has launched an awareness campaign in Islamabad to educate the masses about the threat of child abuse. She also hailed the recently inaugurated Kartarpur Corridor between India and Pakistan as a symbol of religious tolerance, noting that it stood in stark contrast to the Indian Supreme Court’s decision to allow Hindu groups to construct a temple on the site of the Babri Masjid.

The House on Monday also adopted a resolution to extend the “Recovery of Mortgaged-backed Security Ordinance 2019” for another 120 days with effect from Nov. 15, according to Radio Pakistan.