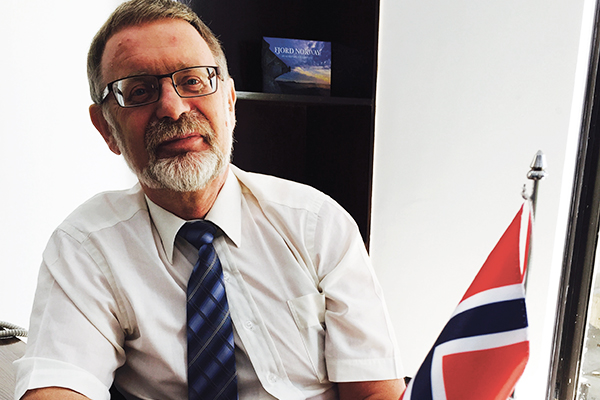 Oslo’s foreign minister says an investigation committee is determining the cause of the deadly crash.

Norway expressed “great sadness” over the death on Friday of its ambassador to Pakistan in a helicopter crash in the country’s Gilgit-Baltistan region.

Leif Larsen, 61, was “one of our best and most experienced diplomats” who was “very respected by his colleagues,” Foreign Minister Borge Brende told reporters, adding that his Pakistani counterpart had told him the causes of the crash “could not be fully explained yet.”

“This will be investigated,” and the Pakistani authorities have already “established an investigation committee,” Brende said.

Larsen, married and the father of one, had been stationed in Islamabad since 2014. The ambassador was killed, along with the Philippines envoy and at least five others, when the military helicopter they were traveling in crashed on a school in a remote area of the Himalayas.

In a separate statement, the Indonesian foreign ministry confirmed the death of its ambassador’s wife, Heri Listyawati Burhan Muhammad, but said that Ambassador Burhan Muhammad was safe, though injured.

The Taliban in Pakistan have claimed responsibility for the crash, claiming they downed the helicopter as part of a plot to kill Prime Minister Nawaz Sharif, who had been traveling to the same region in a plane. It was not immediately possible to verify the Taliban claim and Gilgit-Baltistan is not known as a stronghold of the militant organization. Pakistan’s defense ministry and its armed forces have also denied these claims, stating that the crash was caused by a technical fault—an account verified by initial eyewitness accounts.