Gulen Willing to Return to Turkey if U.S. Backs Extradition 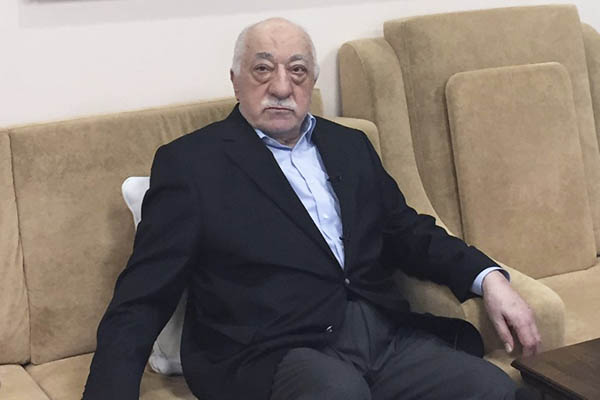 U.S.-based preacher Fethullah Gulen is ready to return to Turkey if Washington approves Ankara’s request for his extradition over the failed July coup, he told German broadcaster ZDF on Friday.

Turkish President Recep Tayyip Erdogan has accused Gulen of ordering the failed putsch and Ankara wants Washington to arrest the Islamic cleric and deliver him to Turkish authorities. “If the United States says yes, then I will go, it’s not a problem. Then I will spend the rest of my days tormented [by the government] and so I will reach God as a pure man,” Gulen said.

The preacher, who lives in self-imposed exile in Pennsylvania, has denied any involvement in the putsch. Calling for an international probe into the accusation, Gulen told ZDF that he would be ready to answer to such an investigation.

“An international organization should investigate the case. If their accusations stand, then I will accept what they want. But they have neither succeeded in showing any concrete proof nor given an answer to my suggestion. Therefore, these are all just mere assertions,” he said.

The preacher accused Ankara of using the putsch as an excuse to crack down on followers of his Hizmet movement, which runs a network of private schools, businesses and media outlets. “It was all planned in advance. They needed a serious excuse. If there is such an excuse then the case would be accepted by the international community, or so that’s what they thought,” said Gulen.

Ankara has on several occasions asked the U.S. authorities to extradite Gulen, sending them documents, which allegedly show evidence of his involvement in the putsch.

Early last month, an Istanbul court issued a formal arrest warrant for Gulen, who has denied any involvement in the botched coup. When U.S. Vice President Joe Biden visited Ankara several weeks later, he said he understood the “intense feeling” in Turkey over Gulen but added that the extradition request can only be approved if legal provisions are met.

Ankara launched sweeping raids in the wake of the coup, arresting and firing tens of thousands of public servants including soldiers, police officers and teachers. Over 20,000 people are still believed to be held under arrest in the wake of the July 15 coup in a crackdown that has caused international controversy.