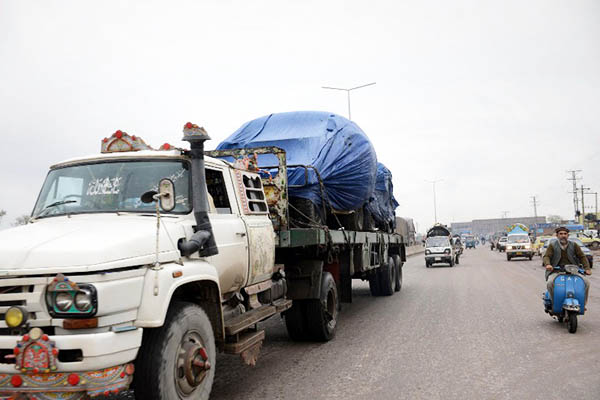 Gunmen in Pakistan’s tribal areas on Monday attacked four oil tankers transporting supplies for NATO forces in Afghanistan, killing one driver and injuring two others, according to officials.

“Gunmen attacked four containers in three different areas of Khyber Agency, killing at least one driver and injuring two others,” according to political administration official Ali Sher. He said the gunmen also set fire to an oil tanker. “All the assailants escaped and have not yet been traced,” he added. No group has claimed responsibility for the attack so far.

Trucks traveling through Pakistan to supply U.S.-led forces have frequently been attacked during NATO’s 13-year intervention in Afghanistan. The coalition is winding down operations in Afghanistan with its 51,000 combat troops due to pull out by the end of this year.