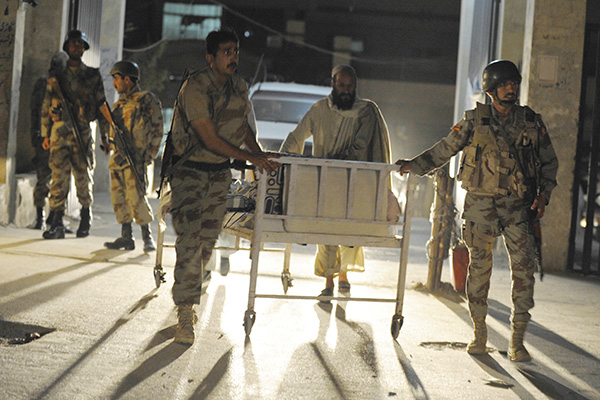 At 1:30 a.m. on June 15, members of the Balochistan Liberation Army hurled hand grenades and launched rocket attacks at a house in Ziarat, Balochistan, where Pakistan’s founder, Jinnah, had once lived. Perceived as an attack on Pakistan’s identity, the flames that gutted the national heritage site had not yet been extinguished when militants struck again. Lashkar-e-Jhangvi, a sectarian extremist group that has claimed attacks on members of Quetta’s Shia Hazara community, staged a suicide attack on students from a women’s university, killing 14. As survivors were rushed to the nearby Bolan Medical Complex, more militants attacked the hospital, engaging in a gun battle that left at least 16 dead. In a statement, a Jhangvi spokesman claimed their twin attacks were retaliation for a security operation in which three militants and their wives were killed. Three attacks by two separate militant groups in one day have raised uncomfortable questions: Is the new government capable of acting against multiple threats? Why was Quetta’s security not ramped up despite threats from Jhangvi? Interior Minister Chaudhry Nisar Ali Khan blamed the Army for failing to prevent the violence and said that his government would soon unveil a new security plan. June 15 was the worst day, so far, for the newly-elected government. If they fail to act, it will pale in comparison to the oncoming carnage.

Hazaras Fear for Their Lives in Besieged ‘Ghettos’