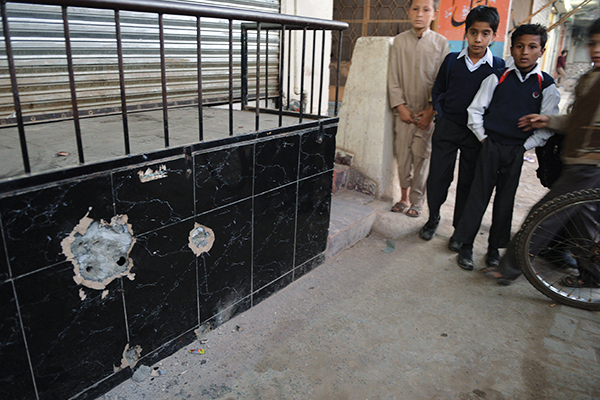 For months, Nasiruddin Haqqani had passed himself off as a “doctor sahib” and car dealer in Bhara Kahu near Islamabad. In reality, the eldest son of Jalaluddin Haqqani was the chief fundraiser for his nefarious family business, the Haqqani network. Nasiruddin, 36, was killed on the night of Nov. 10 by gunmen astride motorcycles outside a bread shop near his house. The killing has riled the Taliban on both sides of the Pakistan-Afghanistan border. In 2011, the U.S. military chief declared the terrorist Haqqani network a “veritable arm” of Pakistan’s Inter-Services Intelligence agency. The same agency is now accused by the Pakistani Taliban of targeting Nasiruddin—who was reportedly arrested by Pakistan in 2010. Afghan intelligence officials have blamed the killing on an internal rift between the sprawling maze of Taliban franchises and associations. As the scheduled withdrawal of U.S.-led forces from Afghanistan draws close, expect more bloodshed that will blur the conventionally-held distinction between asset and enemy.

Imran Khan Says He Will Meet Taliban in...