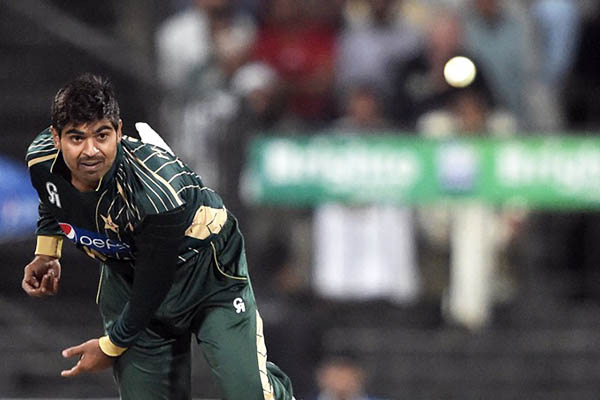 Team management says player had a fever on the night of the incident and may have had a nightmare.

Haris Sohail, one of the Pakistani cricketers on tour in New Zealand, became spooked after he saw what he believed was a ghost haunting him in his hotel room, the team manager said on Tuesday.

Sohail was convinced a “supernatural” presence was haunting him when he awoke Saturday night to find his bed moving, team manager Naveed Akram Cheema said. Cheema told Fairfax media that Sohail called a member of the coaching staff who arrived to find the 26-year-old all-rounder “visibly shaken.”

Sohail, a left-arm spinner and middle-order batsman, spent the rest of the night in the coach’s room at the Rydges Latimer hotel in Christchurch before being moved to another room.

The cricketer tweeted on Sunday, “Allah always answers your duas.” One of his followers tweeted back: “It’s nice to hear that you recovered from that incident in New Zealand. May Allah protect you.” Another replied: “You’ve faced down Shaitaan [the devil], the Kiwis should be easy. Best wishes.”

The hotel’s management declined to comment on the incident, referring enquiries to Pakistan team officials who explained that the cricketer was suffering from a fever at the time. “We think it was the fever that caused it [but] the player still believes his bed was shaken by something and it was a supernatural something,” Cheema said, adding that Sohail had been examined by the team doctor and was found to be in good health.

Sohail was reportedly unable to train for two days after the incident and scored six when batting at number four Tuesday against a New Zealand President’s XI.

The 4.5-star Rydges Latimer has been rebuilt since the 2011 earthquake that devastated Christchurch and claimed 185 lives. There have been no overnight earthquakes recorded in Christchurch since the Pakistan team arrived.

It is not the first time an international cricketer has complained of ghostly goings-on in the night. In 2005 several of the Australian party complained of paranormal activity at Lumley Castle hotel, which looms over Durham county’s Riverside ground. The 600-year-old castle is rumored to be haunted by Lily, an aristocratic lady murdered in the 14th century.