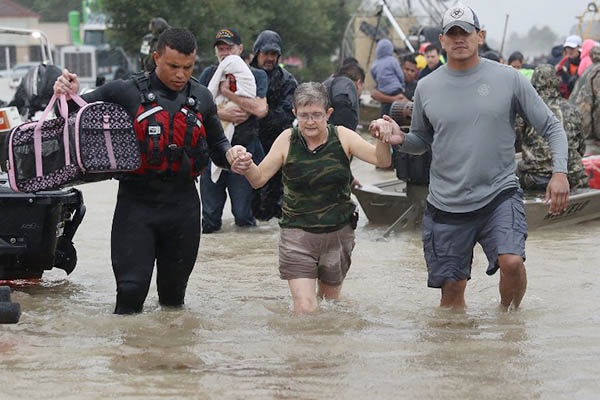 Authorities said on Wednesday that 33 people are believed to have died directly or indirectly as a result of the punishing winds and heavy rain unleashed by Harvey on the Texas coast.

Ten people have been confirmed dead in several counties in Southeast Texas, with “23 additional deaths potentially Harvey-related,” according to Tricia Bentley of the Harris County Medical Examiner’s office.

Officials fear the death toll could rise further as floodwaters recede in the city of Houston and surrounding communities, which were inundated with record-breaking rainfall—as much as 52 inches in one location.

“I’m fearful that more will be found,” said Harris County Sheriff Ed Gonzalez, after the bodies of six family members—including four children under age 16—were removed on Wednesday from a van swept away by floodwaters.