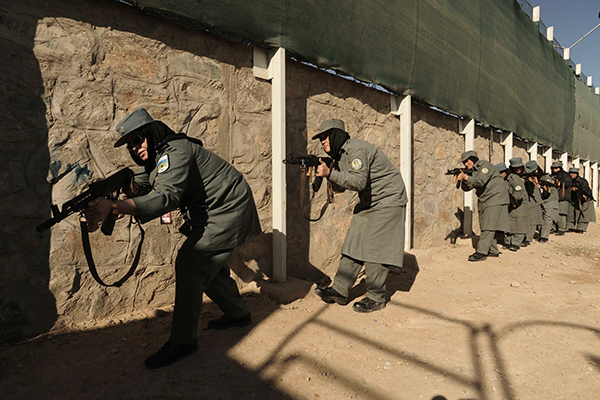 Nigar is the second top-ranking policewoman to be killed in a little over two months.

The top female police officer in Afghanistan’s southern province of Helmand died Monday, a day after she was shot in an attack that followed the killing of her predecessor.

“I can confirm that Nigar died in the emergency unit of the hospital this morning,” said provincial government spokesman Omar Zawak. “She died from a bad injury to her neck.”

Nigar, who like many Afghans used only one name, was attacked by gunmen on a motorbike Sunday morning as she walked near police headquarters in Lashkar Gah. The assassins fled and no arrests have yet been made. She was 38, and the mother of two.

Nigar’s killing follows that in July of Lt. Bibi Islam, who was a high-profile symbol of how opportunities for women have improved in Afghanistan since the Taliban regime was ousted in 2001. Islam had admitted receiving regular death threats from those who disapproved of her career—including her own brother.

After her predecessor, Islam, was killed Nigar told local media that she was not scared of being a policewoman in ultra-conservative Helmand and that she was determined to continue doing a job she loved. She said she had also received death threats, but that Afghanistan needed more female police officers to protect women from repression, sexual violence, and discrimination.

Both Nigar and Islam were gunned down on the streets of Lashkar Gah, the capital of Helmand, by unknown assassins in murders that highlight the grave threat to women who take on public roles in Afghanistan.

No one has claimed responsibility for either murder, and no arrests have been made.

A report released by Oxfam this month said that women make up only one percent of Afghanistan’s police force, and, as a result, women are reluctant to seek justice for rising levels of violence. “Policewomen often lack basic items, such as uniforms, which male colleagues receive. Many find themselves performing menial tasks,” the report said.

“We are not treated the same as the men,” a female officer told Oxfam. “Even when we are at the same rank as the men, it is us that the commander asks to make tea or do typing.”

There is only one female police officer for every 10,000 women in Afghanistan, and many receive little or no training and are rarely able to investigate crimes or carry out arrests.

Interior ministry spokesman Sediq Sediqqi admitted there are problems involving women in the force, but said the government was determined to recruit more female officers. He said around 2,200 women serve in Afghanistan’s national police force, but that the government plans to double the number before landmark presidential elections in April.

Women’s rights are a key focus of international efforts in Afghanistan, with foreign diplomats often pointing to more female schoolchildren and greater freedom for women as signs of progress. But donor nations have also raised fears that such advances are at risk as 87,000 NATO troops withdraw next year and Islamist groups lobby for more influence.

The deaths in Helmand follow the killing of female police Lt. Col. Malalai Kakar in neighboring Kandahar province in 2008, and the deaths of two successive women’s-affairs directors in Laghman province within months last year.